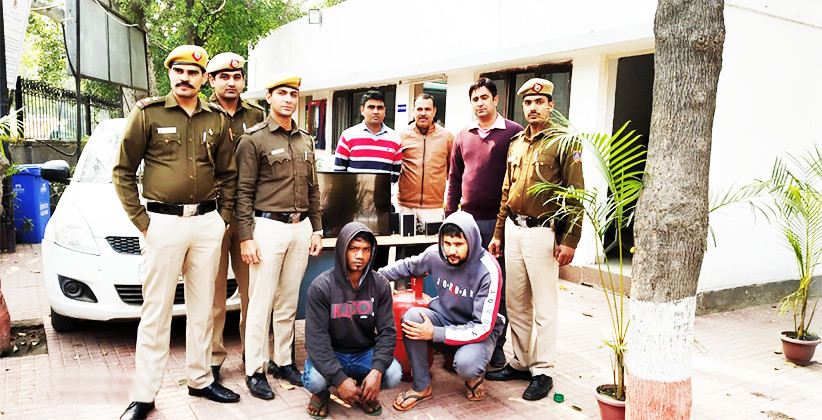 The police arrested two smack addicts who managed their daily fix by committing thefts so that they could get along with their addiction. Those apprehended were identified as Virender alias Gadwali (29) and Sumit Raj (28). The police have recovered a Swift car, one Panasonic LED television, three gas cylinders and one music system with five speakers.

The police stepped up the vigil keeping in view the incidents of burglary in the area and cracked down on those who are drug addicts.

During routine patrolling, the staff of PS South Campus arrested the accused they were reported to be on drugs. They did drugs in a park at Satya Niketan and found upon them the paraphernalia used for smacking.

When they were interrogated they disclosed that they were drug addicts and committed thefts to survive with their daily fix.

“The MO employed by them was they would recce the target and then break in the house. They sold the stolen items at throwaway prices and bought smack from the jhuggi clusters of Kirti Nagar and Naraina with that money. They admitted that they had even snatched mobile phones and money,” DCP south-west district Devender Arya spoke.

They had been operating in the area for some time. They preferred the locked houses as a soft target.

"They broke in the chosen houses at night through the window and breaking the grill of the house from behind, an isolated lane so that they could get away easily if spotted," Arya concluded saying.