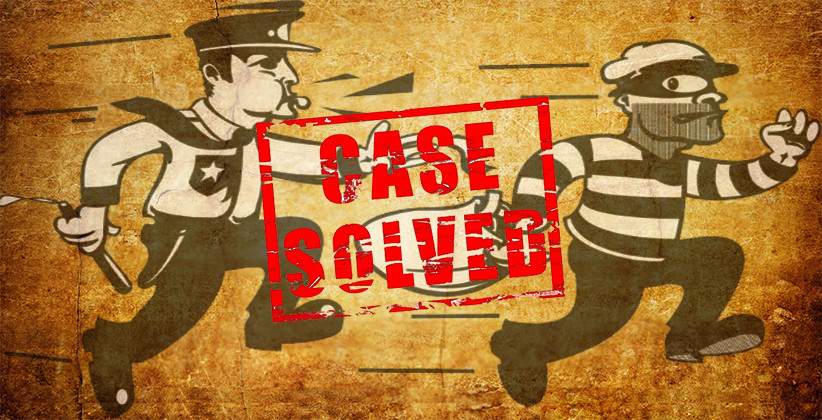 The crack team of PS Guru Tegh Bahadur (GTB) Enclave worked out a number of cases of robbery within hours, and nabbed in this connection four robbers who were on the looting spree. The police from their possession recovered the robbed mobile phone, scooty and a knife used in the commission of the crime.

A couple of days ago, Ishwar Dayal 45 who resides in GTB Enclave was waylaid when he was heading homeward. The criminals four in number pounced upon him to snatch his mobile phone, one of them even slashed him 5 to 6 times with the knife when he put up resistance.

A crack team comprising ASI Khubi Ram, HC Anil and others was constituted under the close supervision of SHO GTB Enclave to solve the case. The team scanned the CCTV footage from the cameras installed near the crime scene and one camera caught the incident. Efforts were made to trace the accused. After a long spell of investigation, the team made a detailed interrogation from one Gulshan alias Sunny and Vishal Saini who were arrested by them in another case of mobile snatching. After sustained interrogation, Gulshan broke down and spoke like a canary. He confessed to having committed the crime when confronted with the footage. At his instance, other arrests were made. They were identified as Nikhil 22, Rahul 26, and Amit 24.

"The team carried out raids at different places used as hideouts that eventually led to the arrest of the rest three. They all revealed that they were involved in other cases. With their arrest, we have solved 19 cases of similar nature in which they were wanted. Further disclosure says that two more accused Akash Sharma alias Lucky and Narender Thakur alias Nandu are involved in 4 more cases of snatching in the area of PS Vivek Vihar and Anand Vihar," Meghna Yadav DCP Shahdara said.