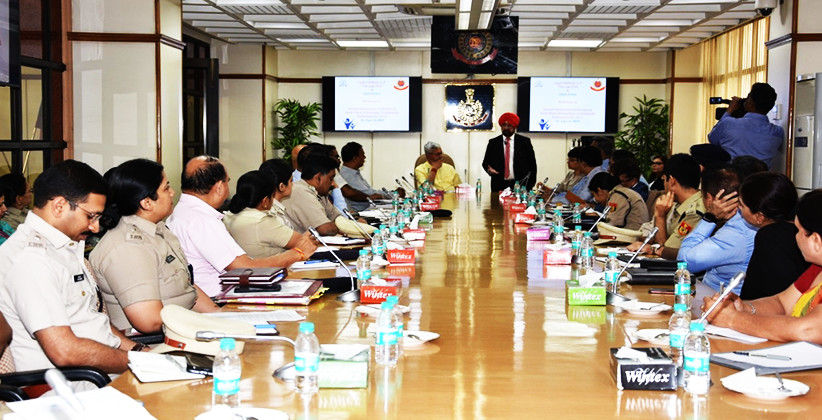 The workshop was conducted with a view to sensitising the top brass of the force about their roles and responsibilities so as to ensure greater awareness on this issue in their respective jurisdictions. The workshop helped the participants understand the subtleties, intricacies and variations of dealing with cases pertaining to sexual harassment.

In addition, the awareness with regard to emphasizing enhanced responsibility for ensuring timely recording and reporting of information, and investigative procedures. The event was presided over by P.K. Bhardwaj, Special Commissioner of Police, Training. The session was conducted by Jasbir Singh Bajaj, retired IAS and Sunita Suman from Legal Intellect. Bhardwaj, Special Commissioner of Police reiterated in his address the need for such workshops in the organization and need for sensitivity on the issue serious enough to seek prompt attention at this point in time. Module on Prevention of Sexual Harassment is being made available online at Delhi Police e-learning portal “NIPUN”, so that all police personnel can access this module and even learn about this Act to prevent sexual harassment more categorically at the workplace. Delhi police are committed to protecting its women employee from sexual harassment at workplace by creating and maintaining a safe environment for work.