Policeman Caught On CCTV Stealing Packets Of Milk In Noida 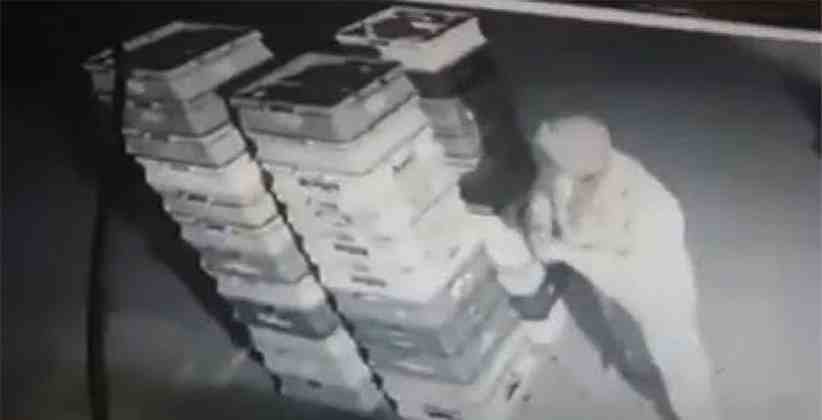 In yet another incident of mockery of law enforcement in the country, a CCTV camera video from Uttar Pradesh’s Noida has revealed a policeman purportedly stealing packets of milk kept outside a store in the area. The video went viral on social media recently.

The act was caught on a CCTV camera on January 19, 2020 as reported by sources.

In the video, the policeman seems to be on patrolling duty as he can be seen roaming around the crates in which milk packets were kept outside the store. After a while, the cop was seen picking up two packets of milk and sneaking towards the police vehicle parked nearby.

He was later reportedly seen handing over a packet of stolen milk to a colleague sitting in the vehicle, waiting for him.