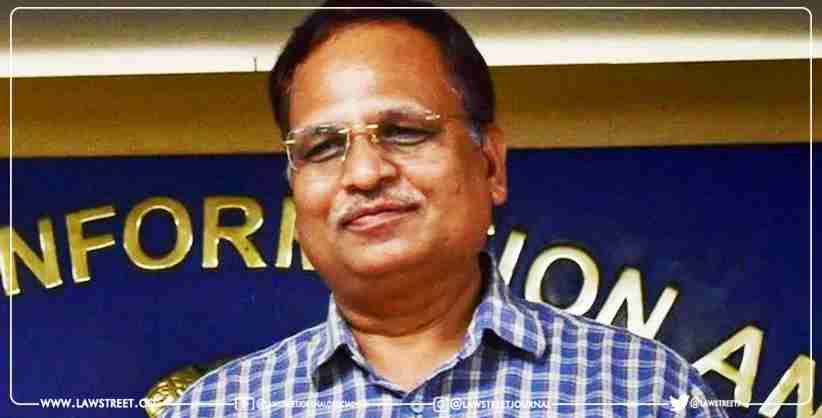 In the alleged corruption case, the Enforcement Directorate (ED) has recovered over Rs 2 crore in cash and jewellery from the aides of Delhi Minister Satyendar Jain. On Monday, searches were conducted at Satyendar Jain's home and the residences of his aides.

As per sources, Ram Prakash Jeweller has been found with Rs 2.23 crore in cash, while Vaibhav Jain has been caught with Rs 41.5 lakh in cash (estimated) and 133 gold coins.

Officials said the Enforcement Directorate conducted raids against arrested Delhi minister Satyendar Jain as part of a money-laundering investigation linked to a suspected hawala dealings case. The raids, which included those at Jain's home in Delhi and other sites, were carried out as part of a "follow up" on the case, they added.

Arvind Kejriwal, the AAP convener and Delhi Chief Minister, hit out at the Centre in the wake of recent ED raids against Satyendar Jain and his aides. CM Kejriwal said that,

"At present, the Prime Minister is with full force behind the Aam Aadmi Party - especially the governments of Delhi and Punjab... Lie after lie... You have the power of all agencies, but God is with us."

"Crores of cash, gold coins are being seized from Satyendra Jain's house, according to Kejriwal, he is an honest man... corruption of Satyendra Jain is only a glimpse, the real mastermind is Kejriwal, Kejriwal's corruption will surprise the world."

On May 30, Jain, 57, was arrested and is being held in ED custody until June 9 under the criminal sections of the Prevention of Money Laundering Act (PMLA).

After questioning Jain and some alleged hawala operators over the last few days, the agency is said to have discovered additional evidence and connections. Officials stated the raids were carried out to learn more about these inputs.

In the Delhi government, Jain is currently a minister without a portfolio. On June 2, over half a dozen of Jain's portfolios were transferred to Deputy Chief Minister Manish Sisodia.

Arvind Kejriwal, the Delhi Chief Minister, defended Jain as a "hardcore honest and patriot" who was "framed in a false case" and expressed hope that the minister would be cleared following the ED investigation.

As part of the investigation, the ED attached assets worth Rs 4.81 crore belonging to Jain's family and companies "beneficially owned and controlled" by him in April.

In a statement then, the ED had said that,

The investigation found that,

"During 2015 and 2016, when Satyendar Kumar Jain was a public servant, the companies beneficially owned and controlled by him received accommodation entries to the tune of Rs 4.81 crore from shell (paper) companies against cash transferred to Kolkata-based entry operators through the hawala route."

The ED said that,

"These amounts were utilised for direct purchase of land or for repayment of loan taken for the purchase of agricultural land in and around Delhi."

The named persons in the attachment order are associates and family members of Jain, officials said.

The money laundering case against the AAP minister comes from a CBI FIR filed against him and others in August 2017 on grounds of alleged disproportionate asset possession. The CBI filed a charge sheet in December 2018 alleging that during 2015-17, the claimed disproportionate assets were valued at Rs 1.47 crore, or 217 percent more than his known sources of income. The Income Tax Department had also looked into these transactions and had issued an order freezing "benami assets" tied to Jain.