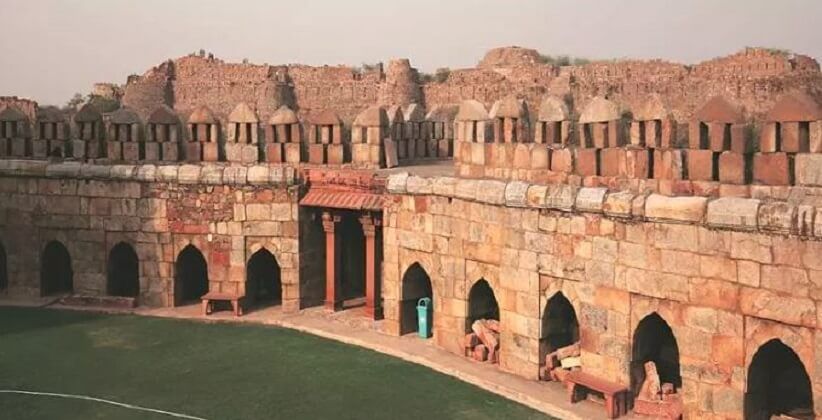 The staff of PS Govindpuri which comes under South-East District cracked a sensational case of robbery at Tughlaqabad Fort within two hours by arresting a robber, namely, Vishal, aged 24-years who was a resident of nearby Tughlaqabad village and with the arrest of the accused a robbed Nikon DSLR Camera has been recovered.

On August 26, 2018 at about 6 pm, a PCR call was received at PS Govindpuri, regarding robbery of DSLR camera at Tughlaqabad Fort after which a police team swung into action by reaching the spot immediately and met complainant Krishan Singh, who stated that he is an amateur photographer undergoing training of photography from an Institute. He further stated that he came to the fort for preparing a portfolio along with his two friends.

He said that during the photoshoot, two men came towards them and started arguing abruptly on the pretext that they cannot take pictures here and started assaulting the complainant and forcefully robbed his professional Nikon DSLR camera and ran away from the spot. Accordingly, a case vide FIR No. 301/19, U/S 394/411/34 of Indian Penal Code, 1860, dated 26/08/18 was registered at PS GovindPuri and investigation of the case was taken up.

A team led by SHO/Govindpuri Insp. Kuldeep Singh, instituted a thorough search operation at Tughlaqabad fort and the jungle area which revealed that two men with a camera were seen running inside Tughlaqabad village. The painstaking efforts of the police team paid off and one accused Vishal was apprehended within two hours of the incident and robbed Nikon DSLR camera was recovered from his possession.

The accused disclosed that he is a second-year student pursuing his BA (Pass) course from the Delhi University through correspondence. He informed the police that he is addicted to liquor and to arrange quick money for liquor he robbed the victim. He has also been arrested previously u/s 107/151 of Code of Criminal Procedure, 1973 at PS Govindpuri.

Further investigation is in progress and efforts are being made to arrest the absconding accused person named Irshad. Meanwhile, this incident has raised a question over the insufficient security system inside a famous and dilapidated historical ruin witnessing a significant number of the tourist even though private security guards have been deployed at the fort.