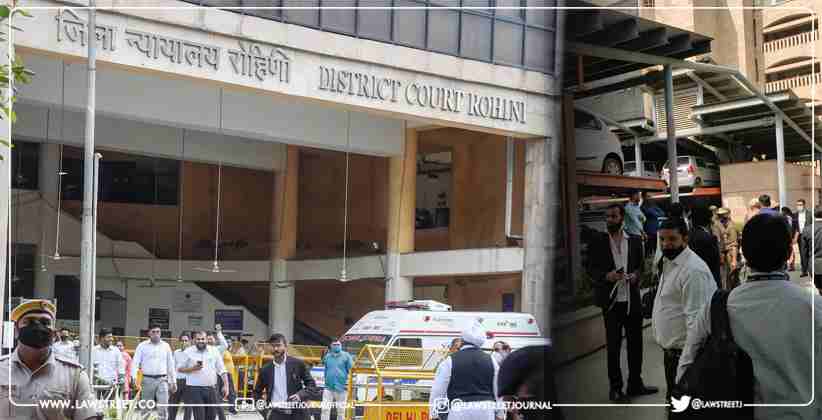 Panic gripped Delhi's Rohini court complex today morning after a bullet was fired from a Nagaland Police personnel's service weapon. According to police, the incident took place during a fight between clients of two advocates.

Police said that there were no casualties in the incident. Two persons sustained minor injuries.

A senior police officer said there was a fight between the clients of two advocates. A Nagaland Police personnel, who was on security duty, was trying to control the situation when a bullet was fired from his service weapon.

The bullet hit the ground and no one was injured, the officer said, adding that an investigation is underway to find out whether it was accidental firing or not.

Advocate Vineet Jindal, General Secretary, North Delhi Lawyer’s Association stated that “This is really unfortunate that security officer at District Court Rohini premises opened fire at an advocate from his SLR (Self Loading Rifle), the Security Personnel are here to safeguard the court premises and the stakeholders, not to harm them. North Delhi lawyers Association condemns the act of security officer and demand for strict legal action against him.”

"During the scuffle they entered Court's Gate no 8, where they were thrashing each other," the DCP said.

At this time, a Constable of Nagaland Armed Police, deployed at the gate, intervened in the situation and a shot was fired pointing towards the ground.

Meanwhile, the work has stopped at the Rohini Court and the lawyers are planning to go on a strike.