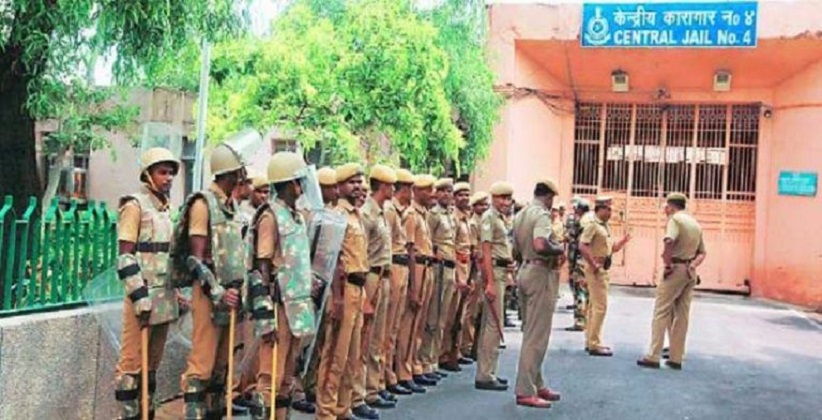 One of the reason behind the increasing number of crimes in the Capital of India is the lack of fear and respect of law. However, the recent incident marking the example of fearlessness has come out not from any emancipated area but from the prison itself. Now, apparently, criminals have become devoid of any fear even inside the walls of the prison as was recently witnessed in the Rohini jail of Delhi.

A 22-year-old man, Pawan, an under-trial prisoner since March this year, accused of theft, lodged at the Rohini jail, was killed by a fellow inmate – Kishan after Pawan allegedly refused to follow the orders of Kishan... On May 21, 2018, late at night, Pawan allegedly got into an argument with Kishan, who has been incarcerated since 2013 on charges of murder. The argument turned violent and Kishan caused the death of Pawan by strangulating him.

According to the relatives of the deceased, at around 7 am in the morning, a policeman reached their house in Rohini and informed them that Pawan got into a brawl with another inmate which led to Pawan’s death. However, when Pawan’s relatives reached the hospital to collect his body, it was found that there were multiple marks of injuries on his whole body including his neck which indicates that not one but at least four to five people were involved in causing his death.

The aggrieved family members of the deceased have leveled allegations of negligence on part of the prison administration and demanded further probe to seek justice after which Baadli police have registered a case of murder and detained few prisoners for investigation.

This incident has raised significant questions on the security of the prisoners, the casual attitude of the prison administration, heightened level of negligence and the prevalent cult of violence inside the prisons. Such incidents indicate that there is no fear or respect of law left among the masses, especially the hardened criminals. More so, another vital question that arises is that whether the prisons in India play a constructive role in reforming the prisoners or a destructive role that is leading to their further deterioration? It is imperative that attention be paid to bringing prisons back under firmer control, reversing recent trends of escalating violence and disorder.