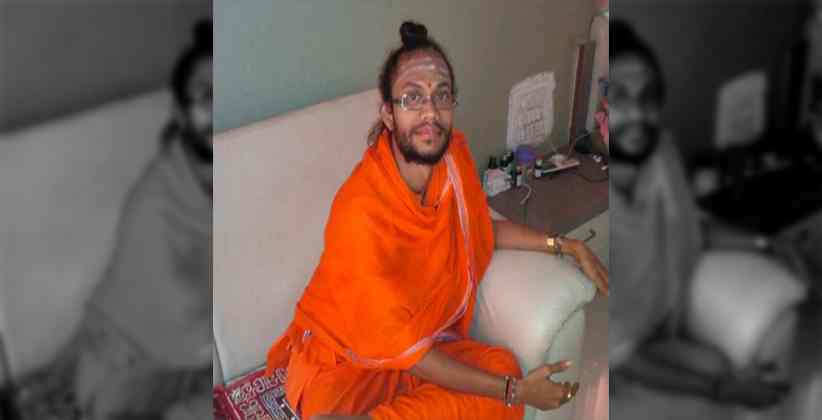 Not even a month has passed by since the nation has come to terms with the Palghar Mob lynching incident. Following it, two sadhus have reportedly been strangled to death in the Nagthana area of Nanded city earlier this Sunday (May 23rd, 2020).

The deceased have been identified as Shivacharya Maharaj guru and his accomplice. This incident was reported to have taken place in the wee hours of Sunday (May 23th, 2020) morning.

The accused named Sai Nath Lingade, who allegedly executed the murder was arrested within hours of the incident, though he attempted to flee the spot immediately thereafter.

In briefing the Press Trust of India, the police remarked that the accused, a former offender with a 10-year-old murder case against his name, was held a few miles from Tanur police station limits, along the Telangana state border.

As per reports, the bodies of the deceased were found inside the ashram near the bathroom. News agency ANI quoted Vijaykumar Magar, Superintendent of Police, Nanded, further confirmed the news by stating, “A sadhu's body was found at his Ashram in Nanded's Umri late last night”.

In a statement to ABP news, PWD Minister of Maharashtra, Ashok Chavan took a stance on the matter while stating that it is not moral to politicize these murders and one should refrain from doing it.

What’s most alarming though is that such crimes are being reported despite the nationwide lockdown requiring citizens to stay confined within their homes.

The above incident draws similarities with the Palghar lynching case which took place on April 16th, 2020 wherein two saints along with their driver were brutally killed by a mob within the Kasa Police Station Limits in Palghar district while they were on their way to attend a funeral in Surat.

So far, more than one hundred sixty accused have been arrested by way of the state Criminal Investigation Department in the said matter, and ten arrested minors had been dispatched to a kid's remand domestic in Bhiwandi in connection to the case.

As per reports, Gaurav Singh, the Superintendent of Police (SP) who was in-charge when the Palghar lynching incident took place, was sent on a compulsory leave authorized by Home Minister Anil Deshmukh on May 8th, 2020.

Singh has been replaced by SP Dattatreya Shinde as the new SP of Palghar District.