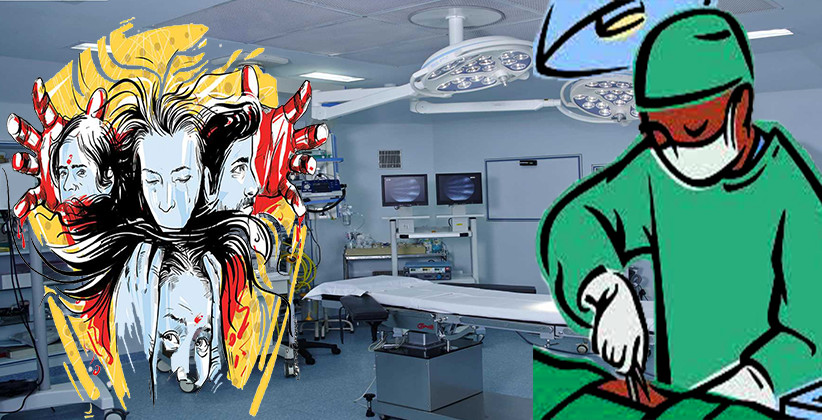 A surgeon associated with Delhi’s Safdarjung Hospital has been arrested after he allegedly raped a 27-year-old woman repeatedly after blackmailing her with photographs of her that he had clicked.

The woman who is working as a medical representative with a well-known pharma company approached the police after which a case was registered against the doctor under Sections 376 (Rape), 328 (Causing hurt by means of poison) and 506 (Criminal Intimidation) of the Indian Penal Code, 1860.

Following the woman’s complaint, the police arrested the doctor and presented him before the court on October 14, 2019, from where he has been sent to judicial custody. The police have seized two mobile phones of the doctor, which will be sent for forensic examination.

According to the Southwest District Police officials, the victim is posted as a field sales manager with a popular pharmaceutical company. She would go to Delhi’s Safdarjung Hospital to inform the doctors about the company’s medicines. It was during the course of her work that she came in contact with the accused doctor, general surgeon pursuing Mch (Master of Surgery) at the hospital.

After a few visits, the doctor and the MR became friendly and she even introduced the doctor to her husband, the woman stated in her complaint. She added that the doctor promised her to help her with getting a government job and offered to teach her. He asked her to come to a rented house in Gautam Nagar where he taught a few other students.

The woman said that on May 10, 2019, he called her to his room when no one else was present and offered her a drink laced with sedatives. The woman said she felt dizzy and fell unconscious. During this time, the doctor raped her and took obscene pictures of her. When she gained her senses, he showed her the pictures and threatened to make them go public if she resisted his advances. Threating her, he raped her several times which led the woman to reveal her ordeal to a cousin who confronted the doctor. Following this, the accused forwarded the obscene photographs to the woman’s husband, leading to discord in her marriage.

Finally, on October 13, 2019, the woman approached the Safdarjung Enclave police station. The police arrested the accused on the basis of the evidence provided by the woman.