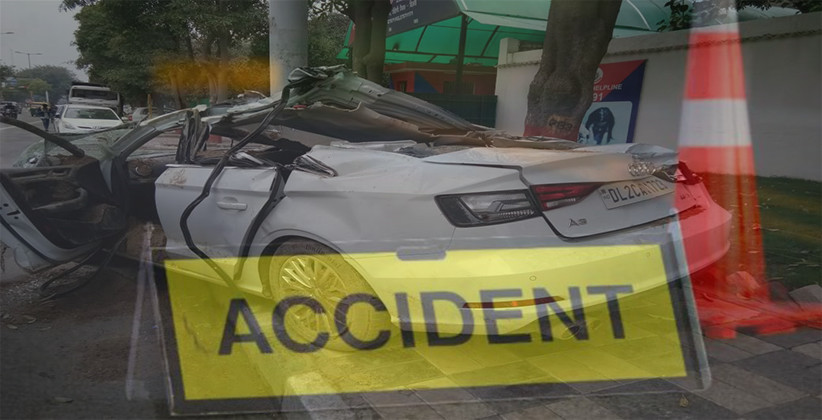 Yet another case of road crash happened in Delhi last night in which three members of a family were killed and a three-year-old child was grievously injured. The speeding dumper lost control over the vehicle and overturned on an Audi car claiming three lives in Delhi's Rohini. The mishap occurred near ESI Hospital on KN Katju Marg in Rohini's sector 15.

Four members of a family, including a three-year-old child, were returning from a function in an Audi car DL2CAQ1723 when a dumper laden with sand, Haryana registered HR69C8423, while taking a U-turn, overturned on their vehicle.

A passer-by informed the police about the accident around 1 on Wednesday morning. Those died in the road crash have been identified as Sumit 29, his mother Ritu 59 and wife Ruchi 27. His three-year-old son is critically injured and undergoing treatment.

The case under Sections 279 and 304A of the Indian Penal Code, 1860, has been registered. "The driver of the dumper fled the scene soon after the accident took place. The erring driver is still at large and the police are trying to trace him," Deputy Commissioner of Police S.D. Mishra spoke.

The whole family was lost to the crash. The bang was so loud that drew many from nearby to the spot. The CATS ambulance, fire brigade and the police rushed to the spot and the rescue operation began. After a long and sustained struggle the dead bodies were pulled out of the mangled sedan.

The police teams have been formed to trace the absconding driver.