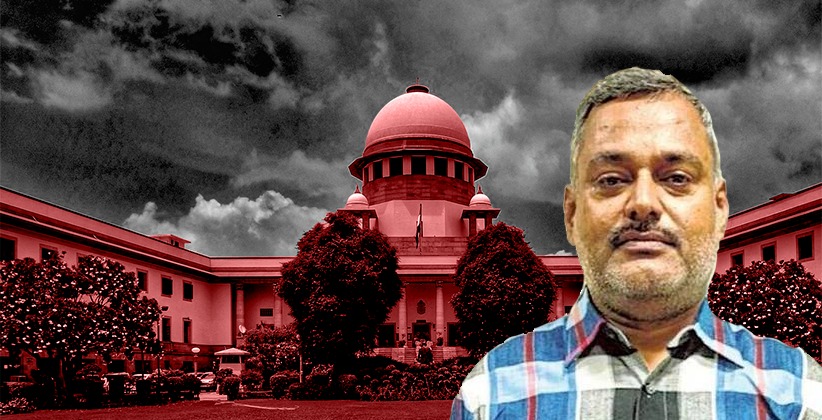 Hours before the alleged encounter of gangster Vikas Dubey on Friday 10 July 2020, a plea was filed in the apex court apprehending the “possible killing” of the hoodlum in a ‘fake’ encounter. The petition was filed by Mumbai based Advocate Ghanshyam Upadhyay.

The petitioner also wrote a letter to the Supreme Court registry demanding urgent hearing of the case. The letter read, “There is every possibility of Uttar Pradesh police resorting to killing him and other remaining accused in fake encounters, as the police have killed five accused and thus, there is extreme urgency in the matter.”

The petitioner, in his plea, has alleged that ‘fake’ encounters are being staged by the Uttar Pradesh state government and the Police department, and warned against ‘Talibanisation’ of the country.

Kanpur-based gangster Vikas Dubey was first prosecuted in Bilhor in 1994 for offenses of dacoity and murder. He was the prime accused in the murder case of Labor Contracts Board chairman Santosh Shukla in 2001. In 2002, he was sentenced to life imprisonment for attacking and bombarding the house of Shivali Nagar Panchayat chairman Lallan Vajpayee. Presently, the history-sheeter has 71 criminal cases pending against him.

Background of the case−

2 July- 8 policemen, including a Deputy Superintendent of Police, were killed in a shootout between Vikas’s gang and police personnel in Bikroo village of Chaubepur

3 July- his uncle, Prem Prakash Pandey, and cousin Atul got killed in an encounter

4 July- police took over Vikas’s house in Kanpur and seized weapons from there.

8 July- Nephew Amar Dubey killed in an encounter in Mohda

9 July- Vikas was arrested from Ujjain’s Mahakal Temple by MP police, and thereafter, handed over to UP Police

The Uttar Pradesh Police told media that after a road accident of the three-vehicle convoy transporting the gangster from Ujjain to Kanpur, Vikas took advantage of the situation and snatched a gun from one of the policemen. In self-defense, the police told, they had to fire back at Vikas and he was killed in the cross-firing thereafter.

The petition in Supreme Court argues that UP Chief Minister Yogi Aadityanath had warned time and again that culprits shall not be spared. The gangster got himself arrested in Ujjain, Madhya Pradesh to escape the encounter, the plea added.

The petitioner, mentioning that the State machinery demolished malls and houses belonging to Vikas and his relatives, submitted that such behavior and actions are like “jungle raj” and “police raj” and cannot be justified.

The plea seeks CBI probe into the case and demands actions against police personnel involved therein.