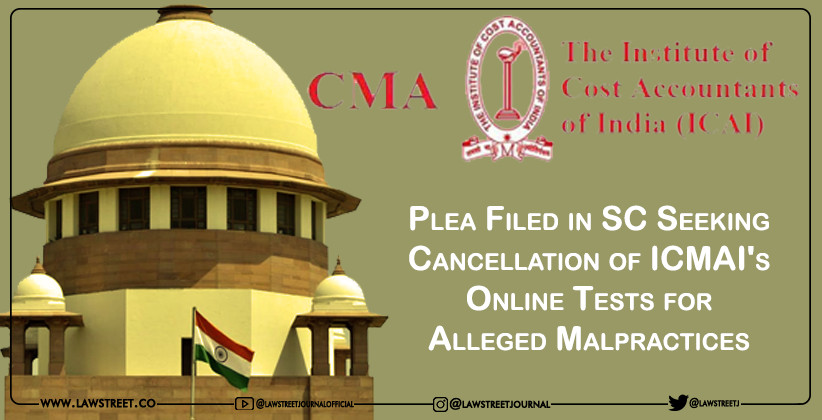 The plea seeks cancellation of home-based online tests of Cost Management Accounting(CMA) intermediate and final levels held by the Institute of Cost Accountants of India (ICMAI) in January-February 2021. The petitioner alleges widespread malpractices in the exam, which affected its credibility and sanctity.

It was on October 18, 2020 that the ICMAI took the decision to hold home-based online tests. This decision was taken overlooking the reservations expressed by three senior members of the council regarding home-based online test, according to the petitioner. In a reply to an application under the RTI, the ICMAI informed that about 65% of the students had opted for the CENTER-BASED Examination. In spite of that, the Institute continued to persist with its earlier decision of Home-based remote AI-proctored examination for about 23,500 students.


Contention of the petitioner:   The exam was cancelled in September by SC on the ground that the home-based online test failed in ensuring transparency, fairness and integrity which are essential in an exam process.

Though the students reported such instances to the authorities, the petitioner alleges that no action was taken.

“Instead of acknowledging the proctoring failures and initiating effective counter-measure OR suspending further conduct of the examination, the Institute chose to label all Whistle-blowers as TROUBLE-MAKERS, directed them to cease sharing their concerns publicly and threatened them of debarring for up to FIVE YEARS,” the petition says.