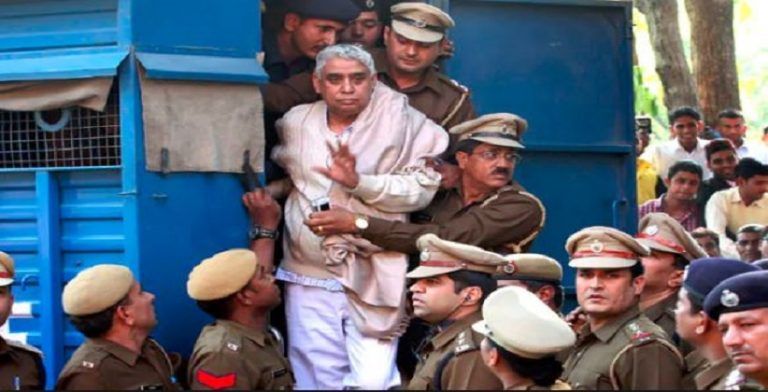 The court of additional district and sessions judge (ADJ) D.R. Chalia pronounced the verdict and the quantum of punishment for each of the murder cases will be pronounced on October 16 and 17 said Deputy Commissioner Ashok Kumar.

Rampal and 27 of his followers were booked on charges of murder (Section 302 of Indian Penal Code, 1860) and wrongful confinement (Section 342 of Indian Penal Code, 1860) after four women and a child were found dead in Satlok Ashram in Barwala town of Hisar on November 19, 2014. Another case was registered against Rampal and his followers after a woman was found dead in his ashram on November 18, 2014.

Authorities have deployed more than 4,000 police personnel, besides the Rapid Action Force (RAF) and paramilitary troops, to maintain law and order in the district and surrounding areas.

Rampal was arrested on November 19, 2014, on charges of murder, attempt to murder, conspiracy, holding illegal weapons and abetting suicide.