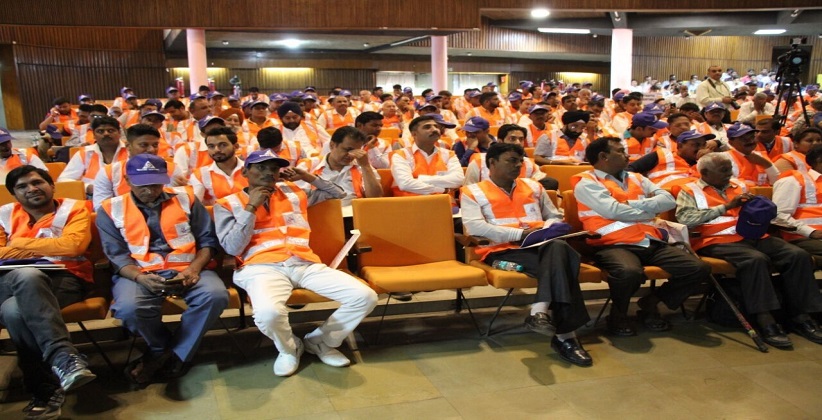 Delhi roads are in the news for a long time not only for its high traffic chaos on almost every road but also due to fatal road accidents which have been relentlessly increasing every passing day. The core reason that has been concluded by traffic police personnel’s is the increased traffic violations in the Capital.

On this occasion, as many as 319 Sentinels, who voluntarily offered their services, were appointed. They would help traffic police in regulating and managing the traffic in different parts of the city. They were given kits consisting of Fluorescent Jackets, Caps and Identity Cards to be used by them while assisting traffic police during duty.

Speaking on this occasion of an innovative idea, Commissioner of Police, Delhi congratulated the traffic sentinels and inspired them to work in close coordination with Delhi Traffic Police to get ease in their work. The CP hoped that the scheme would extend further with more citizens chip in and make an impact on regulation and managing of traffic.

Indeed, it is a unique and innovative scheme initiated by Delhi Police in which citizens of capital who show their zeal and willingness in bringing ease in traffic snarls will be able to showcase their sincere efforts in reducing traffic chaos and helping in catching up the culprits and violators. This move shall also increase the bonding on better prospects between police personnel and common citizens of Delhi.