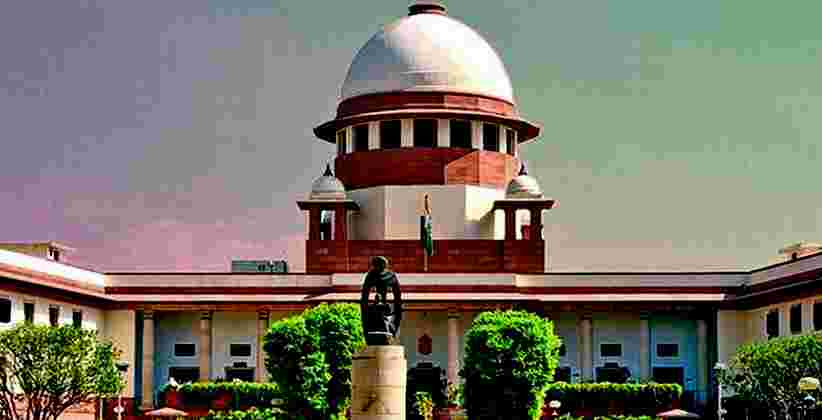 A plea regarding a ban on persons contesting elections against whom serious offences have been framed has been moved to the Supreme Court. This petition has been submitted and filed by Advocate Ashwani Kumar Upadhyay. The plea sought a writ mandamus by the Apex Court to the Centre and Election Commission. The petition sought for the Apex Court to pass an order that would take the requisite steps to debar charge-sheeted persons that are involved in serious offences from contesting elections.

The plea further stated, “there is no reason why they should be held to lower standards than Judges or Indian Administrative Service officers. Further, it is averred that the Law Commission had also put forth reports on Electoral reforms and decriminalization of politics but Centre did nothing”.

the plea also submitted that The Law Commission submitted its 244th report on February 24th, 2014. The report was regarding decriminalizing politics. However, no substantial steps were taken by the Centre. Similarly, on March 12th, 2015, the Law Commission submitted its 255th report that dealt with Electoral Reform but the Centre paid no heed. Again, on December 5th, 2016, the Election Commissions suggested several reforms, but they were not implemented.

In light of the above mentioned points, the petitioner stated that the criminalization of politics has deeply injured people. The petitioner also stated permitting criminals contests our democracy and secularism.

The petitioner also clarified that banning charge-sheeted persons cannot violate Article 19 (1) of the Indian Constitution. Article 19(1) reads as “(1) All citizens shall have the right

The petitioner also states that debarring such individuals are a reasonable restriction even if the debarring falls under the scope of Article 19(1)(a). The plea has also prayed for the Election Commission to amend the Election Symbols (Reservation & Allotment) Order, 1968 under its plenary powers under Article 324.

Article 324 of the Indian Constitution elaborates on “ Superintendence, direction, and control of elections to be vested in an Election Commission”