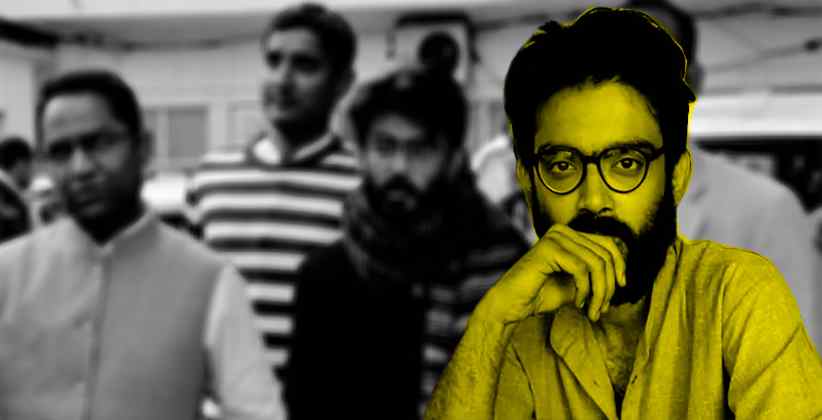 Due to security reasons, Sharjeel Imam was produced not in court but before the Chief Metropolitan Magistrate at his residence (Patiala House residence) today at 6pm. Thereafter, he was confronted with documents and evidence of the alleged crime of sedition. The Crime Branch has sought his custody for five more days in furtherance of its ongoing investigation.

Imam, who has been booked for sedition under the Unlawful Activities Prevention Act (UAPA), 1967, came under the scanner of police authorities following the delivery of several inflammatory speeches during the ongoing protests at Delhi’s Shaheen Bagh and the Aligarh Muslim University (AMU) against the controversial Citizenship Amendment Act, 2019 (CAA).

Sharjeel, during his 40 minutes speech made inflammatory speech targeting a lot of things. His branding of a “raging islamist” therefore requires some factual checks. He has pointed out to Gandhi as being the biggest fascist of the 20th Century. The left is “a violent force” while he believes the Congress to be “responsible for the pathetic state of Muslims”. He further blames Kanhaiya Kumar for “using the Muslim shoulder to fire-up his politics.”

Imam has sedition charges in Delhi, Assam, Uttar Pradesh, Arunachal Pradesh and Manipur. The country's Home Minister Amit Shah has also described Imam as a threat to the country. He described Sharjeel's statements as more dangerous than Kanhaiya Kumar’s. On January 16, 2020 at Aligarh Muslim University Imam was purportedly heard telling protestors to “cut off Assam from India” by occupying the “Muslim-dominated Chicken’s Neck.”

Shaheen Bagh is not the first incident when Imam voiced out his controversial opinions. Even at the time of the Jamia incident, he was trying to instigate the public towards violence. At Shaheen Bagh, he allegedly violated the law and provoked people by making inflammatory statements amounting to sedition. He has now been charged with Sections 124 (Assaulting President, Governor, etc., with intent to compel or restrain the exercise of any lawful power), 153 (a) (Promoting enmity between different groups on grounds of religion, race, place of birth, residence, language, etc. and doing acts prejudicial to the maintenance of harmony), (offence committed in place of worship, etc.) and 505 (Statements conducing public mischief) of Indian Penal Code, 1860.

Sharjeel is an alumnus of IIT-Bombay where he undertook the degree of B.Tech and M.Tech in Computer Science. He then went on to do M.A. in Modern History and M.Phil in Modern Indian History from JNU. He also tried his hands at a job as a programmer at IT University of Copenhagen (Denmark) after which he joined as a teaching assistant with IIT-Bombay. Currently, he is pursuing Ph.D. in Modern Indian History from JNU.