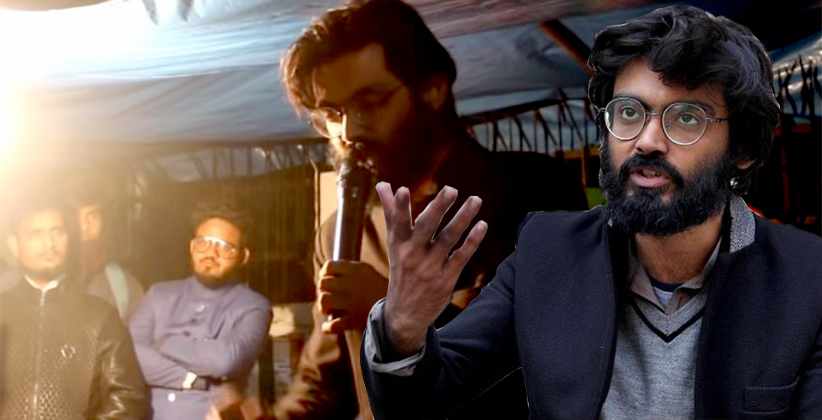 A JNU Student, Sharjeel Imam was arrested by the Delhi police on Tuesday (January 28, 2020) from Bihar’s Jehanabad.Imam has reached Delhi today on January 29, 2020. He will be produced before Chief Metropolitan Magistrate (CMM), Patiala House Court (PHC) because the First Information Report (FIR) was filed on the suo moto action at Chankyapuri Inter-State Cell. The Crime branch will produce him at PHC. Imam was arrested for a sedition case for allegedly making an inflammatory speech in public.

Apart from Delhi and Aligarh, Imam also has sedition charges from Assam, Uttar Pradesh, Arunachal Pradesh and Manipur. The country's Home Minister Amit Shah has also described Imam as a threat to the country. He described Sharjeel's statements as more dangerous than Kanhaiya Kumar’s. On January 16, 2020 at Aligarh Muslim University Imam was purportedly heard telling protestors to “cut off Assam from India” by occupying the “Muslim-dominated Chicken’s Neck.”

This is not the first time that Sharjeel Imam has spoken out so radically in public. Even at the time of the Jamia incident, he was trying to instigate the public towards violence. Now in Shaheen Bagh, he violated the law and provoked people by making inflammatory statements amounting to sedition. He has now been charged with Sections 124 (Assaulting President, Governor, etc., with intent to compel or restrain the exercise of any lawful power), 153 (a) (Promoting enmity between different groups on grounds of religion, race, place of birth, residence, language, etc. and doing acts prejudicial to the maintenance of harmony), (offence committed in place of worship, etc.) and 505 (Statements conducing public mischief) of Indian Penal Code, 1860.