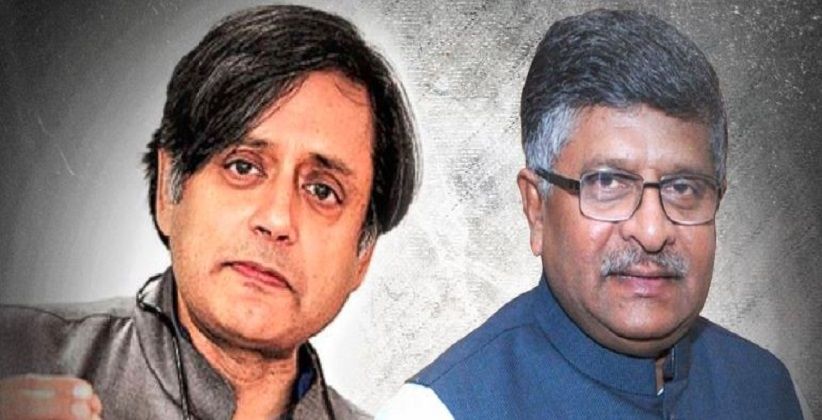 "When India's Law Minister falsely invents a murder case against a political opponent, what hope for justice & democracy?" Mr. Tharoor wrote on Twitter.

The legal notice sent by law firm Suraj Krishna and Associates on behalf of Mr. Tharoor states that "you are well aware that in the ongoing criminal case against Shashi Tharoor in relation to the death of his late wife Sunanda Pushkar, the offence alleged by the prosecution against him is not that of murder and the trial court is yet to frame any charges against him.”

"Even the police charge sheet against Shashi Tharoor does not contain any allegations of murder. Your purposeful comment that Shashi Tharoor is chargesheeted is a serious allegation of murder seems to have some oblique motives," the notice reads.

Accusing Mr. Prasad of defaming Mr. Tharoor, the notice said that "in the above circumstances, you have clearly committed the offence of defamation for which you are liable to be tried before a court of law".

"You are hereby called upon to tender an unconditional and written apology within 48 hours of the receipt of this notice for making such an untrue, false and baseless imputation against Shashi Tharoor... to avoid the consequences of a litigation," the notice said.

Moreover, the Congress leader has also demanded that videos of the law minister making these remarks must be taken down from social media.

Sunanda Pushkar was found dead in a suite of a luxury hotel in Delhi on the night of January 17, 2014.

Shashi Tharoor has been charged under Sections 498A (husband or his relative subjecting a woman to cruelty) and 306 (abetment of suicide) of the Indian Penal Code, 1860, but has not been arrested in the case.

Read the legal notice below.

Executive Mar 22, 2022 Vaibhav Gattani ( Editor: Mrinalini Dayal ) 3 Shares
3 Shares
Union Minister of Law and Justice Mr.Kiren Rijiju informed the Rajya Sabha that on 22nd March 2022 the Ministry has received a proposal from the Chief Justice of India for setting up of National Judicial Infrastructure Authority of India (NJAI) for arrangement of adequate infrastructure for courts. As per the proposal, NJAI will act as a Central body in laying down the road map for planning, creation, development, maintenance and management of functional infrastructure for the Court system...
Read full post 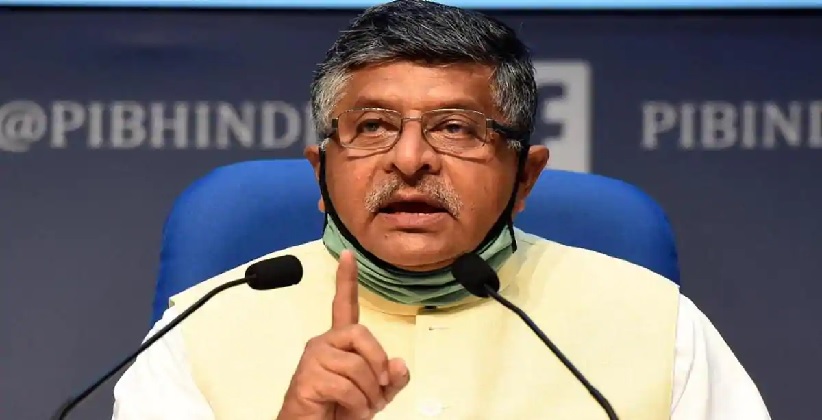 Executive Jul 27, 2020 Tanurag Ghosh ( Editor: Ekta Joshi ) 10 Shares
10 Shares
In the contemporary digital age, there lies an increased responsibility on e-platforms and websites. People are increasingly spending their time online. The lack of requisite laws has left them in a vulnerable position. Giants like Facebook have repeatedly been alleged of selling sensitive information of its users to corporations for targeted advertisement campaigns and even political organizations which have the power to sway public thinking.The Union Law Minister, Ravi Shankar Prasad on...
Read full post