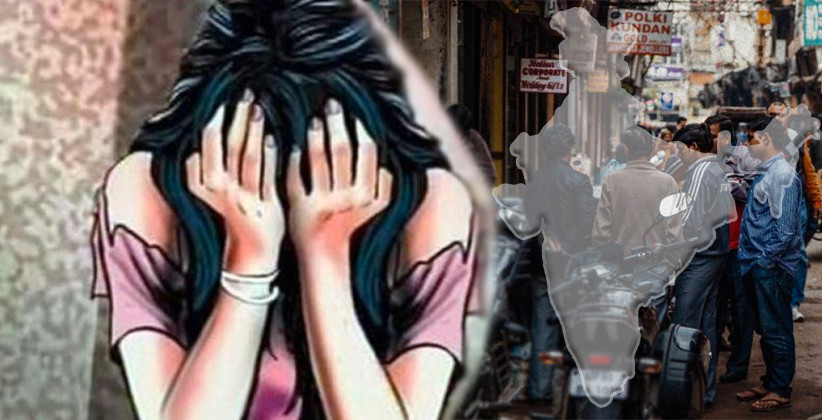 A woman is seeing crying, pleading for her life, there is a fear of death in her eyes. A boy is seen in the background, bloody and beaten up, begging for mercy from men who can barely be called as men, they are animals with animalistic, predator-like instincts. A hunt is on their mind, a man in the background is heard laughing when another jumps on the girl who is still in her teenage years. Yes, this is what real-life rape videos look like. It is a crime that you’re watching, which was shamefully recorded and sold for the pleasure of voyeurism of the masses.

Vendors of the porn-industry claim that criminals raping women and torturing men, most often, themselves post the videos of the act online, which goes viral, being watched and shared by thousands. Rape videos are a new rage, claims a dealer from Uttar Pradesh who sells such videos “under the counter”.

At its peak in Uttar Pradesh, these crime videos sell for anything between 50 to 100 rupees right under the nose of the police, allegedly. These videos are used by criminals to bully victims into sexual submission, perpetually. These videos are downloaded by vendors into their customers’ phones or pen drives who’ve come through known customers’ references.