[COVID-19]: Son Files FIR Against Father For Violation Of Lockdown 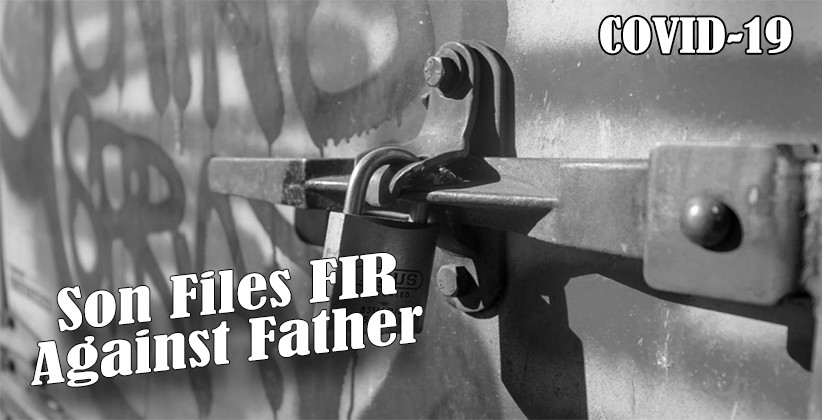 In light of the outbreak of the Coronavirus, the government had announced a lockdown in the entire country on the March 23, 2020. In New Delhi, a 30-year-old man, on 1 April, 2020, filed an FIR against his father for stepping out of their house during this lockdown.

In the official complaint, the man alleges that his 59-year-old father had violated prohibitory orders which were issued in light of the announcement of the lockdown. A police officer said the following regarding the complaint “On April 1, when the son called the police, a team was sent to his house. The police team found the son and his father standing outside the house, on the road. When the man asked his father to get inside, he refused. The man later also told us his father often stepped out of the house and roamed around in the neighbourhood despite the lockdown,”.

The legal basis for this FIR is under section 188 of the Indian Penal Code, 1860 (IPC) which is applicable as the prohibitory orders were in conjunction with Section 144 of the Code of Criminal Procedure, 1973. In the current situation of a pandemic, the office under section 188 of the IPC could lead to an imprisonment of upto 6 months, or a fine of Rs. 1000, or both.

In light of the lockdown, the Delhi Police has been regularly patrolling the roads and bylaws of residential areas, requesting people to remain indoors and only allowing people to move out in case of an emergency.