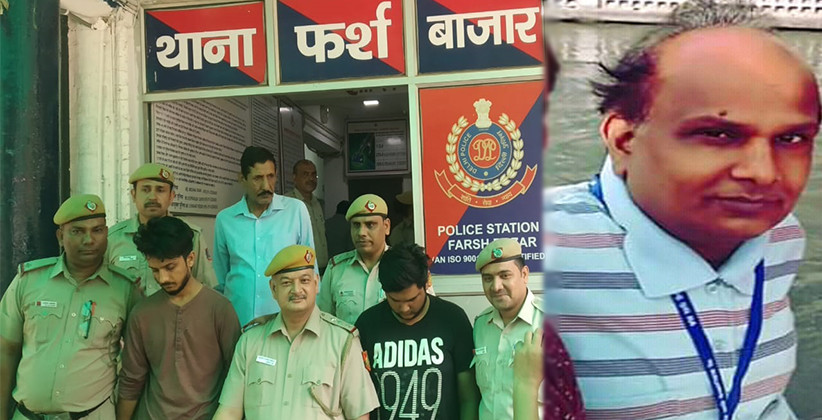 A brutal murder executed by none other than his own son whom he taught the world by holding his finger, shocked the city to the core. He roped in his friend in the crime. After stabbing his father to death, he chopped off the pieces and packed them in bags to dump. He was caught by the relatives before he could dispose of the body.

It was ascertained that there was a dispute between the deceased Sandesh and his son Aman over a shop. As per the sources, Sandesh had already transferred half of his property to his family and a part of the shop to his son but he had been eyeing the whole of it. The heat between the two grew fiercer.

A month ago, there was a quarrel between the two, Aman even threatened to kill him, (Sandesh, father).

Kanchan, the deceased's wife went to her mother's home with children when the incident happened. Rakesh, deceased's brother asked Aman about his father, to this he replied saying, 'he had gone out with a bag'. Rakesh telephoned his relatives and friends about Sandesh but no satisfactory reply came from anywhere. He reviewed the CCTV footage and he was not seen going out that day. Aman's behaviour was rather unusual, he acted indifferently that planted doubt. In the evening, when he was going out carrying bags packed with the chopped dead body, he was overpowered by the relatives.

The police were informed and the accused Aman was detained, he told the police that his father used to scold him too often that infuriated him. It's believed that his anger refused to ebb. In a fit of rage, he killed his father. The case has been registered under relevant sections of the Indian Penal Code, 1860, and further investigation is underway.

The said act clearly fits into the definition of murder given in Section 300 of the Indian Penal Code, 1860.

The act is punishable under Section 302 of the Indian Penal Code, 1860, which states that “whoever commits murder shall be punishable with death or imprisonment for life, and shall also be liable to fine.”