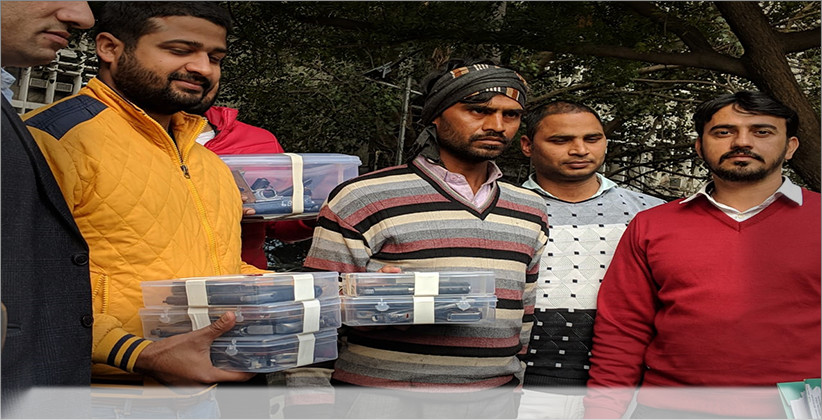 Special Cell has busted an inter-state network of illegal firearms supplier of Mewat regions by arresting one person and recovered 107 semi-automatic pistols and one Honda City car used in ferrying these weapons.

Acting on a tip-off, a team was constituted under the supervision of ACP Subhash Vats, led by inspector Ajay Kumar. They laid a trap and caught one Ramzan 30, supplier of Mewat.

"The team actively working on illegal arms racket developed a lead, one man would come to deliver a consignment of illegal arms to one of the receivers, near DND fly over on outer ring road. The police swung into action, laid a trap and apprehended Ramzan. When he was interrogated he revealed that the illegal pistols were procured from village Umarti PS Sendhwa district Barwani MP. He also disclosed that he along with his associates brought the consignment from MP. The consignment of 10 pistols was to be delivered to one of their receivers, who is a resident of Meerut UP. Since Ramzan was to deliver these 10 pistols to one of the receivers from Meerut, so he had taken a detour from Gurgaon to Delhi, on his way to Mathura UP, where these weapons were to be supplied. He came to supply the consignment of 10 pistols on outer ring road. Further interrogation disclosed that his Honda city car concealed the huge cache of (97 semi-automatic pistols) meant for supply in UP and Haryana, and other areas of Western UP,” PS Kushwah DCP Special Cell said.

The source of these pistols is a notorious illegal weapon manufacturer who is a resident of MP. These illegal weapons are further supplied to other criminals of Haryana and western UP.

Ramzan once procured the consignment would sell further keeping a cut for himself.

"The Honda City car used in the crime was reported to have been stolen from the area of PS Punjabi Bagh Delhi last year. Further probe is underway." Kushwah concluded saying.