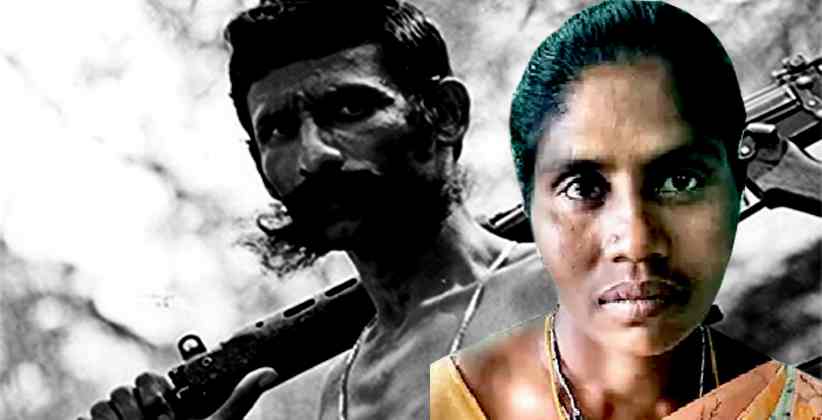 A close associate of forest brigand Veerappan, Stella Mary was arrested by the Kollegal crime branch police in Chamaranjanagar District, Mysuru on 2 February, 2020, 27 years after she was booked under the Terrorist and Disruptive Activities (Prevention) Act, 1987.

“Stella has been absconding since 1993 after was booked under the Terrorist and Disruptive Activities (Prevention) Act. A close aide of Veerappan, she was initially arrested for taking shots to drive elephants away from her sugarcane field causing a minor fire. When questioned on how she knew to operate a gun, she revealed her involvement with Veerappan and his gang,” Chamarajanagar Superintendent of Police H D Ananda Kumar said.

Stella aka Stella Mary was sent to judicial custody on 2 February, 2020. She was allegedly involved in a bomb explosion and illegal transportation. She married Veluswamy after her first husband Vellayan had died of illness. Veluswamy is a resident of Jageri, and the couple was living by cultivating sugarcane on rented land near Chennipuradoddi.

“She is facing three cases under TADA related to the Palar bomb explosion attack on Ramapura police station and illegal transportation of arms,” said Anand Kumar, adding, “Despite repeated warrants, she did not surrender.”

Stella had joined forces with Veerappan at the tender age of 13. She joined the gang on her own will and remained incommunicado all these years, living on the forest fringes. She was believed to be staying with Veerappan’s gang in the woods for over 18 months.

Koose Munisamy Veerappan was a dacoit, poacher and smuggler who kidnapped major politicians for ransom and was active for 36 years. He was regarded as Robin Hood by many people because of his ability to evade the police. A special task force dedicated to Veerappan’s capture was convened by the Tamil Nadu and Karnataka governments in 1990. Veerappan evaded being caught partly thanks to a vast information network that he had established, bolstered by his financial contributions to impoverished locals. Veerappan died in a police operation in 2004.