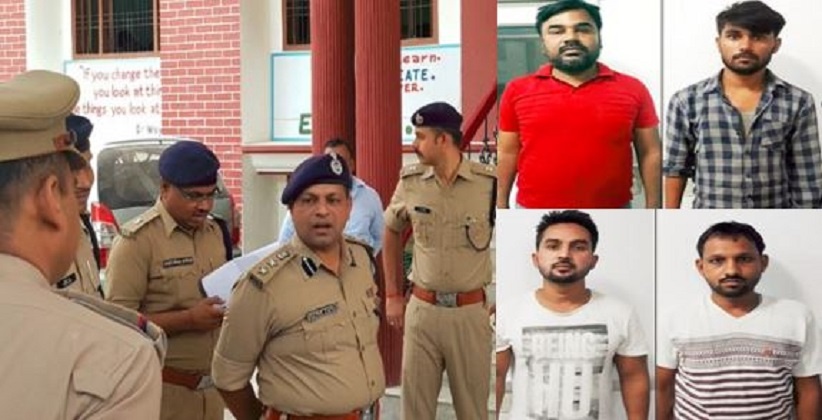 A two-day recruitment test is being conducted at 860 centers in 56 districts of the state. This examination will fill41, 520 posts. June 18 was the first day of the recruitment examination. A spokesman of Uttar Pradesh Police reportedly said that Anil Giri, who was caught in Gorakhpur, has accepted that he was taking money from the applicants and was promising to arrange for a “solver” in place of the candidate in the examination.

The spokesman said that nearly four lakh rupees and around dozens of identity cards have been recovered from Giri. They said that the raiding is being done to find other accused. On the other hand, the police of Shivkuti police station in Allahabad arrested the candidates Manish Kumar Yadav, Ajay Kumar Yadav and the gang's agent, Phulk Chandra Patel, in this case.

Senior Superintendent of Police Nitin Tiwari reportedly said that three mobile phones and several electronic equipments’s have been recovered from the accused arrested. Phoolchandra Patel, a resident of Odara Dahiyawan, under Holagarh, had called few candidates near Karjan bridge to give some equipment for cheating in the exams.

Shivkuti Station Inspector Pankaj Singh and Sub-Inspector Prabhat Singh along with a team circled and sieged and caught the three accused. Meanwhile, Chief Minister Yogi Adityanath expressed grief at the death of a candidate in a road accident in Varanasi.

Supreme Court strikes down the law by UP Govt. allowing former leaders to retain official residences