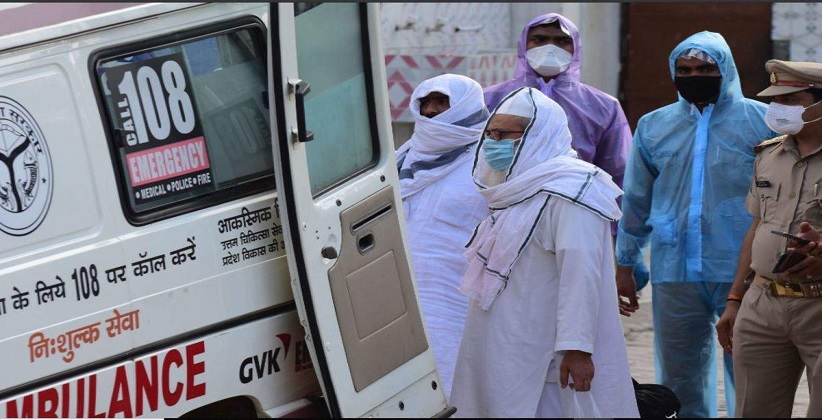 Two members belonging to the Tablighi Janmatwho had been accused of hiding in a mosque in Prayagraj, Uttar Pradesh from the authorities, and spreading the Covid-19 infection have been granted bail on Friday (August 21, 2020) by a local court.

After hearing the contentions and argument of their counsel, Additional district judge Veerbhadra Singh J. allowed the Bail Application filled by Ashraf from Kerala and Shahzan Ali from West Bengal respectively.

Several members of Tablighi Janmat in Delhi had attended the mass religious gathering earlier this year despite the restrictions in place to prevent the spread of COVID-19. The gathering was carried out across the state and elsewhere in the country in the month of March and April. Many of the attendees, who had traveled back to different states, were found to be infected with the virus.

A FIR has been registered against Prof. Mohammed Shahid and several others on 1st April under the provisions of the Epidemic Diseases Act at Shivkuti police station of Prayagraj and he was arrested on April 21. Later, the university administration suspended him.

He has been arrested on the charge of arranging shelter for foreign and Indian Tablighi Jamaat members in the city and also for hiding the informing from the Police Department of the act he had done.

On 2nd June, the local court had granted bail to Professor, who had been suspended as the faculty member of the Allahabad University, and eight other Tablighi Jamaat members who had been involved in the case.