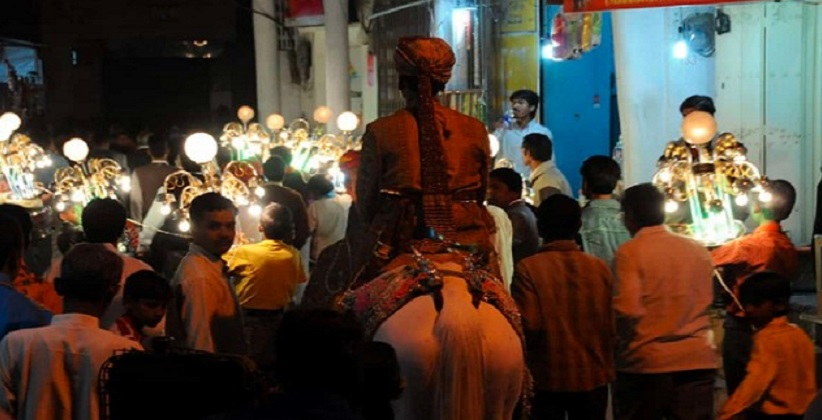 On 16 February 2020, the Dalit Army Jawan wedding parade in the Banaskantha district of Gujarat was reportedly disrupted by stone pelting from the Thakor Koli community because the groom was riding a mare. In spite of police protection for the procession, the stone pelting happened.

According to the police, the incident took place about 11 a.m. in the village of Sharifda, when Akash Kumar Koitiya, a jawan with the military police branch of the Army, began his wedding procession. A Dalit, Koitiya had recently finished his training in Bengaluru and was about to enter his post at Meerut. He was on his way to his reception.

“Earlier, we received threats from a few people in the Thakor Koli community that they would not allow the procession to pass through the village if the groom rode a mare. We made a written request for police protection, after which 6-7 police officers were assigned to accompany the wedding procession. After the procession started moving, however, a group of people started throwing stones. The groom narrowly escaped the injury and was taken to the van in the police control room. However, three of our relatives, including two women, were injured in the stone pelting,” said Vijay Koitiya, brother of Akash.

This was also confirmed by Dalapatbhai Bhatia, president of Dalit Samaj in Banaskantha. “He had come back to his village for a couple of days to get married. When we tried to ignore the objections raised by the upper caste members of the village, the stones were pelted. A 60-year-old man and some women playing garba were injured and the DJ sound system was destroyed,” he said to PTI.

The police said they had registered a FIR and the situation was under control. After the stone-pelting, more police joined the security team and the procession continued.

“The groom and his procession were struck with stones by a party in the village who objected to him riding a mare. We provided security before and after the incident, more personnel were deployed. We have reported 11 accused under the Indian Penal Code, 1860, sections 323 (assault), 337 (caused by rash) 294 (obscenity), 506 (penal intimidation) 147 (rioting) and 148 (breaking of deadly weapons) along with parts of the Scheduled Caste and Scheduled Tribe (Prevention of the Atrocities Act),” said P G Rajput, officer in charge of the Gadh Police Station. No arrests have yet been made, the police said.

Many related incidents–of Dalit marriages being interrupted and grooms being attacked for horse riding –have been recorded across India. In April 2018, a Dalit groom was assaulted in Rajasthan Bhilwara. Just weeks before that, in Madhya Pradesh's Ujjain, stones were pelted at a Dalit groom who had chosen to ride a horse during his wedding procession.

In 2017, top caste men from the Rajput community in Haryana were said to have kicked a Dalit groom out of his horse and beat him up for the ghurchari ceremony.

A similar incident of assault on a Dalit groom happened in Ratlam, Madhya Pradesh, in 2015. Some of the upper caste leaders threw stones at the Dalit groom to ride a horse, after which they took the beast with them. When the procession called for a second horse, the villagers threatened to strike, and the groom had to wear a helmet all the way.