'Tramadol,' Most Dangerous Drug Seized in Huge Quantity near Mumbai 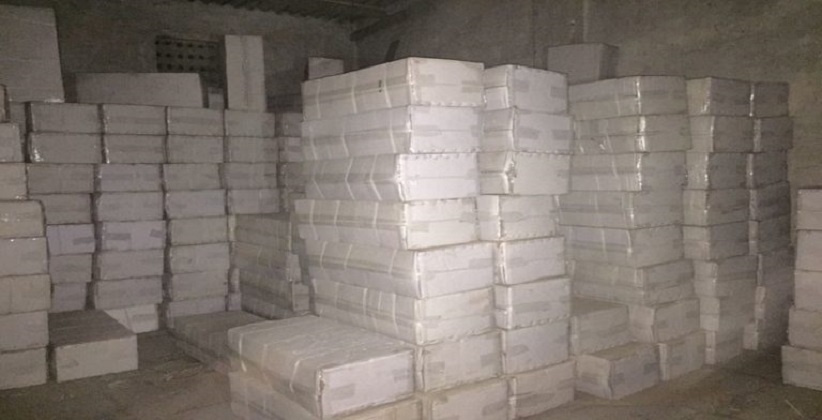 Addiction of liquor and drugs have been luring the young generations with rapid growth. Earlier, it was believed that such activities are confined in certain states such as Himachal Pradesh, Punjab, and Goa. But, almost every metropolitan city is now under the influence of the harmful drugs.

Acting on the specific intelligence, Directorate of Revenue Intelligence, Mumbai Zonal Unit, found that huge quantity of Tramadol, a psychotropic substance covered under the Narcotic Drugs & Psychotropic Substances (NDPS) Act, 1985 is being manufactured and cleared from M/s Excel Pharmaceuticals Pvt Ltd, Plot No.11, located in the Diwan & Sons Udyog Nagar, Palghar, which is 87 km North of Mumbai.

A search was conducted at the factory premises of Excel Pharmaceuticals Pvt. Ltd. which resulted in a huge recovery of Tramadol tablets and 56.4 Kg of Tramadol powder which is estimated to be in crores in the International drug market.

Further, a search was also conducted at a warehouse situated at Dronagiri, Raigad district which resulted in the recovery of 959 cartons containing 4,48,68,000 Tramadol tablets having international value in crores.

The DRI has arrested the director of the factory and the chemist, who has also admitted their respective roles in the offence and revealed that the psychotropic substance was manufactured for a merchant exporter based in Haryana.

As per Section 22 of the NDPS Act, manufacturing of psychotropic substances in commercial quantity, attracts the punishment of rigorous imprisonment for a term which shall not be less than ten years but which may extend to twenty years and shall also be liable to fine.

A middleman involved in the supply chain who used to place orders on behalf of the exporter was also apprehended by the DRI. All the three accused were produced before the Special Court for NDPS at Thane on May 29, 2018.

Tramadol known to induce mood elevation on consumption is a painkiller which is generally abused all over the world. The drug has recently been brought under the ambit of NDPS Act by the Central Government, making it illegal to produce and see it without the approval of Central Bureau of Narcotics, Gwalior.

A Gang of iPhone Snatchers Caught by the Delhi Police

Punjab and Haryana HC: Calling wife ‘Kali Kaluti’ is a ground for divorce