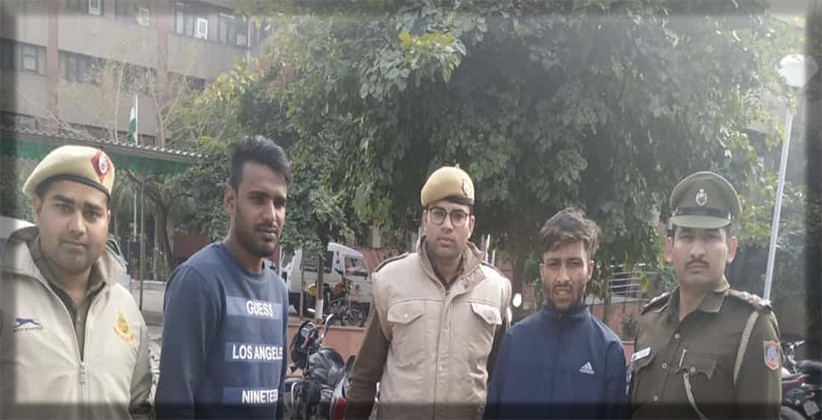 The police arrested two autolifters and recovered one motorcycle from their possession which was stolen from the area of Ghazipur. Those arrested have been identified as Farman 23 years and Vijay alias Cheeli 27 years.

During patrolling SI Rahul Singh and HC Krishan Pal were on patrolling in the area of Shashi Garden, Mayur Vihar Phase-1, Delhi. Two persons on white colour Apache bike were seen coming towards Shashi Garden near Sanjay Jheel from the Dena Bank side. On seeing the police staff, they immediately tried to take a U-turn. However, while turning the bike, they fell down and tried to escape but the alert police staff overpowered them. Farman was riding the bike and Vijay was sitting as pillion. On checking, their bike was found to be stolen from PS Ghazipur vide e-FIR No.5752/19.

The accused Vijay is a 'Bad Character' under PS Mayur Vihar. He is involved in 47 cases and Farman is previously involved in five cases.