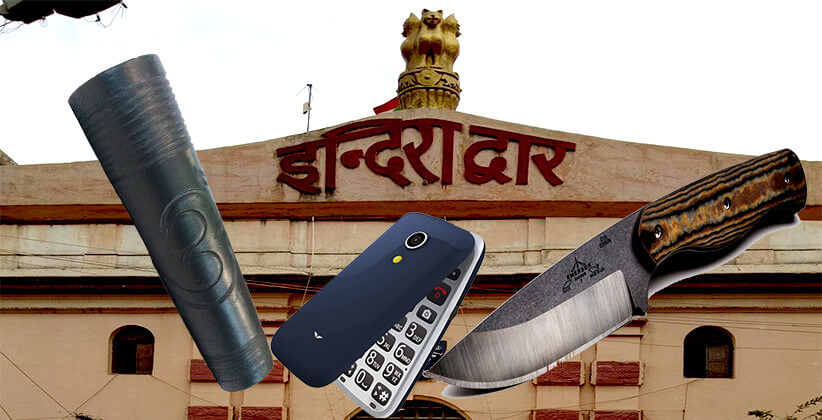 During a surprise check at the Naini Central Jail in Prayagraj on June 30, 2019, the police have confiscated several knives, sharp and pointed objects, mobile phones and foreign currency from inside the jail.

During the early morning raid, the police also recovered ‘chillums’, pan masala and other tobacco products from the jail barracks.

“The team has also recovered five mobile phones, Saudi Arabia's currency, a mobile battery and a large number of tobacco products,” he added.

According to a report published by HT, the search operation continued for several hours during which no inmate was allowed in the jail premises.

The District Magistrate, Bhanu Chandra Goswami told HT that “an FIR has been lodged in the case and further action will be taken only after the completion of the investigation. Recovery of these prohibited items inside the prison premises questions the jail security and the investigation report will be sent to senior jail officials.”

Reportedly, in the recent past inmates have been held for making calls to traders and contractors. Earlier this month, some jail employees were suspended by senior officials after photographs of some prisoners partying inside prisons in Naini Central Jail had gone viral on various social media platforms.