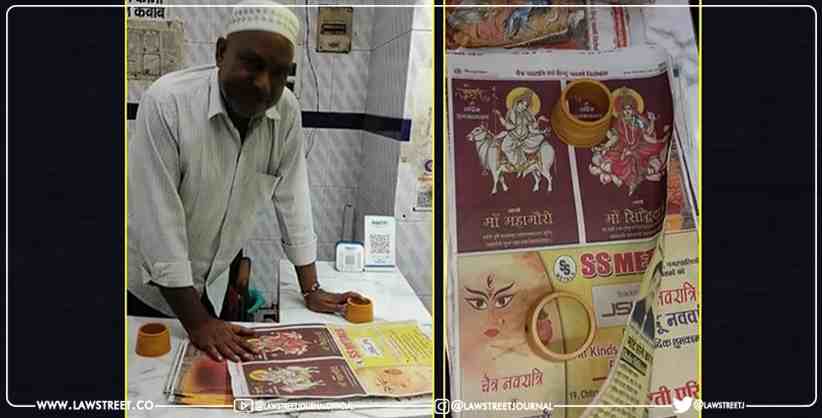 A Muslim roadside restaurant owner has been arrested in Uttar Pradesh’s Sambhal district for wrapping meals containing meat in a newspaper carrying images of Hindu deities.

Jitendra Kumar, a local police officer, said Talib was booked for wrapping meat items in a newspaper, which carried images of Hindu gods and goddesses during Navratra. “After getting the complaint against Talib, we immediately took action and booked him,” Kumar said.

Workers at the restaurant insisted wrapping food items in newspapers is a common practice and Talib did not do this to hurt anyone. They added it was just a matter of chance that Talib used a newspaper carrying images of Hindu gods and goddesses.

When a police team reached his shop, Hussain allegedly attacked them with a knife with the intention to kill, the FIR said. “In connection with the case, the accused has been arrested after registering a case under relevant sections at the police station, other legal action is being taken,” said Sambhal Police.

He has been booked under IPC Sections 153-A (promoting enmity between different groups on grounds of religion, race, place of birth, residence), 295A (deliberate and malicious acts, intended to outrage religious feelings of any class by insulting its religion or religious beliefs) and 307 (attempt to murder).