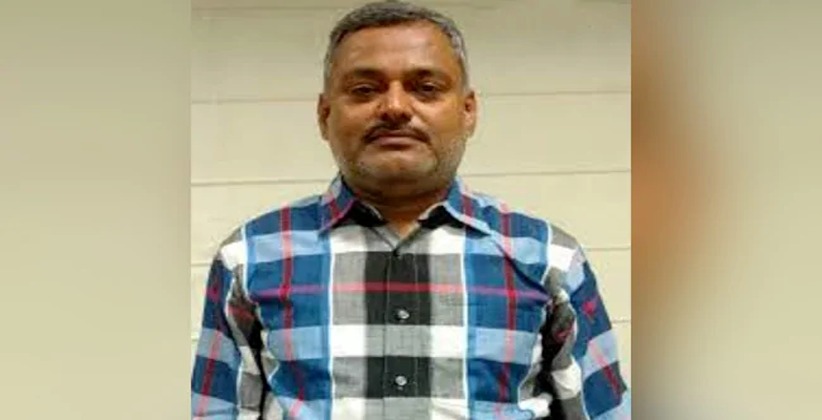 Krishna Kumar Sharma, one of the five police officers who have been arrested for their alleged involvement in passing on information to the most wanted gangster Vikas Dubey about the raid conducted in the intervening night of 2 & 3 July 2020( that subsequently lead to the outrageous killings of eight police personnel therein), has moved the Supreme Court seeking protection of his and his family members’ life, apprehending danger from the Uttar Pradesh police.

Sub-inspector Sharma was suspended for dereliction from his duty and for tipping off Dubey about the raid. Later, he was arrested, along with four other police officials, on the allegation of “connivance” with the gangster. In his plea, he has urged the Court to issue directions, for the matter to be either transferred to the CBI or probed by a newly constituted Special Investigation Team (SIT) to ensure a lawful, fair, reasonable, and transparent investigation.

Sharma has denied all the allegations against him and told that he was directed by his senior, Station Officer (SO) Vinay Tiwari, to conduct cross-checking at GT crossing road, as the police were going to arrest “some criminal”. He has claimed that he had no prior knowledge about where the raid was to be conducted. SO Vinay Tiwari has also been suspended for allegedly leaking information to Dubey and then fleeing the encounter sight.

The petition, filed through Senior Advocate Ashwini Kumar Dubey, contended that Sharma will also be encountered by the police, just like Vikas Dubey and his other aides. It also urged the Court to direct the respondents not to take Sharma outside the Mati Jail in Kanpur Dehat, where he is presently lodged, for any interrogation, till the Court issues any further orders in the present petition.

Sharma submitted in the Court, “The extra-judicial killing of all of the above accused shows plentiful conduct and modus operandi of all the investigative agencies responsible for the investigation of the present FIR. It is evident that the institutions tasked with the protection of law and order in the state have taken law into their own hands and have been killing accused persons as soon as arresting such persons.”

None of the police officers who have been suspended and arrested are named in the FIR that was registered over the martyrdom of the eight police officers, he added.

Sharma has a 6-year-old minor boy and a widowed mother, who are being taken care of by his wife, and current circumstances have made it very difficult for her to approach any Court, except the apex court, for protection of her life and the lives of her family members, the petition said.

On 11 July 2020, the Uttar Pradesh government formed a SIT, led by Additional Chief Secretary Sanjay Bhusreddy, to investigate the criminal activities carried out by Vikas and steps taken by the authorities to curb them. The SIT will also comprise Additional Director General of Police, Hariram Sharma, and DIG Ravindra Gaur. It will submit its report on 31 July 2020.

Earlier in the day, the People’s Union for Civil Liberties (PUCL) had filed an application in the SC that sought for the constitution of a SIT to probe into the encounters of Dubey and his accomplices Amar Dubey and Prabhat Mishra.

Before the alleged encounter, Uttar Pradesh government had constituted several SITs and other investigative teams of the Crime Branch Crime Investigation Department (CBCID) and Special Task Force (STF) to trace Dubey and investigate into the 3 July killings.