Waiter Stabbed To Death By Colleague Over Serving Customers 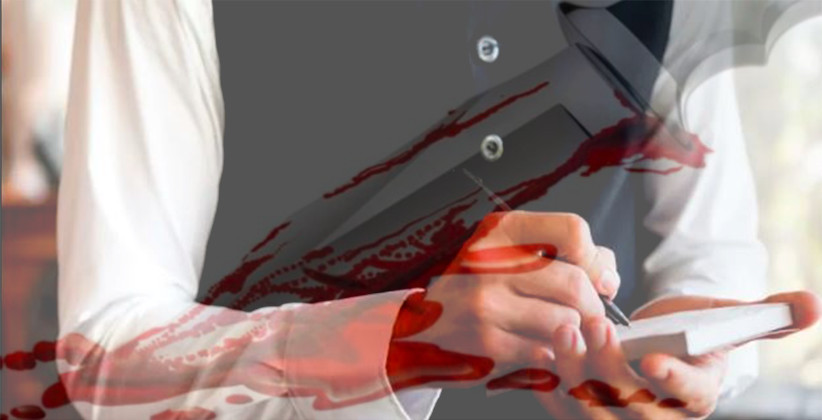 A 22-year-old waiter was stabbed to death by his older colleague over an argument on serving customers. The incident took place outside an eatery in central Delhi’s Karol Bagh at night on June 17, 2019, the police said.

A friend of the victim was injured as well, but is out of danger, said Mandeep Singh Randhawa, DCP (central district).

The suspected killer identified as Kamal has been arrested by the police.

The victim, named Rahul was a waiter at the restaurant. Kamal, who hails from Nepal, was Rahul’s senior.

“On Monday evening, Kamal questioned Rahul about the way he was serving customers. That led to a quarrel between the two of them. Kamal told us that Rahul responded by calling one of his friends, Pawan, who slapped him,” an officer said.

When the workers were leaving, Rahul and Kamal quarrelled again. “A few minutes later, as Rahul stood with Pawan outside the restaurant, Kamal attacked them with a knife. He stabbed Rahul thrice. Pawan was injured while trying to save him,” the officer added. They were rushed to a nearby hospital, where Rahul was declared brought dead.

A case under Section 302 (murder) of the Indian Penal Code, 1860, has been registered by police at Rajindra Nagar police station.waiter-stabbed-to-death-by-colleague