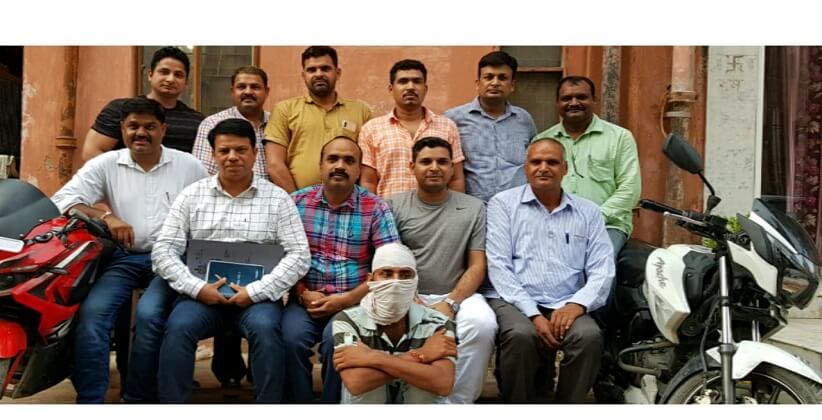 A team of Special Staff Police (Dwarka District) under the supervision of ACP Sunder Singh Yadav, arrested a wanted snatcher, who is involved in hundreds of cases of auto-thefts and snatchings.

Special Staff of Dwarka District had been conducting a crime curbing exercise to put a check on street crimes during the last few months for which secret informers were activated. A dedicated team swung into action and verified several criminals apart from analysis of CCTV footages from different locations.

As a result, information was received on September 02, 2018 that a snatcher/auto-lifter of deceased Naveen Dogra gang is roaming on a stolen motorcycle in Matiyala area. A trap was laid and a suspected motorcyclist was stopped for checking near Matiyala Chowk. Police apprehended him when he tried to flee by taking a sharp U-turn but fell on the road.

During interrogation, he was identified as Pramod Kumar and the vehicle he was riding was found to be stolen vide E-FIR No. 030810/18 U/S 379 Indian Penal Code, 1860 PS Dwarka North.  Another stolen motorcycle was also recovered on his instance. Concerned IOs/SHOs of the theft cases are being intimated. The accused is arrested u/s 41.1 (A) & (D) CrPC, 1973, dated 02.09.18 by Special Staff/Dwarka District.

Accused Pramod is a permanent resident of Delhi. He has passed the 8th class and did not study further as he fell in the bad company since his adolescence age and started taking drugs, liquor, smack etc. He worked as Ola cab driver for few months but his entire earnings were consumed by drugs. To cater for money, the accused Pramod started theft and chain snatchings in the area with top snatcher Naveen Dogra. He used to go out on snatching sprees using high-end bikes and was arrested several times.

After Naveen Dogra's death due to the drug overdose, he planned to revive the gang and was out to collect high-speed motorcycles. On August 30, 2018, he stole one Bajaj Pulsar 220cc for high-speed sprees. "He is a high-speed biker and can ride at a speed of more than 150 kmph which helps him to disappear in seconds before complainants/victims catch his glimpses." said the police.

As per police, he has previously been involved in more than 50 cases of chain snatchings/theft/auto-lifting. Five cases of snatching/auto theft have been solved and two high-end motorcycles were recovered.