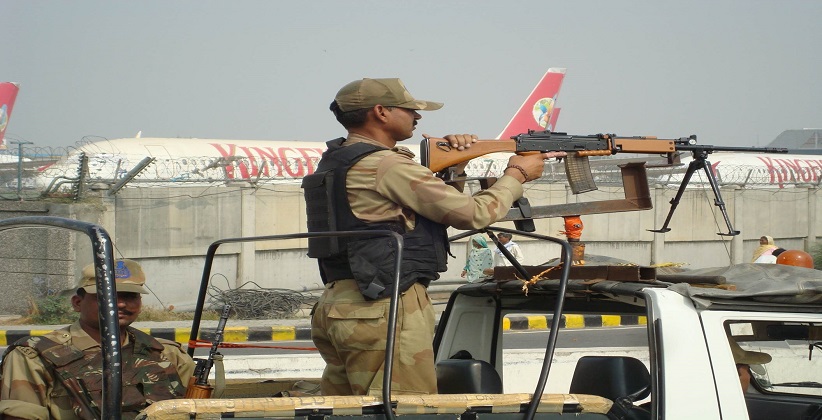 The Central Industrial Security Force (CISF) is the paramilitary force which has been proving their worth through their smart and valiant efforts within their given areas at regular intervals. This time again their shrewd and sharp personnels showed an example of their presence of mind when they seized illegal narcotic drugs worth Rs. 35 lakh from a women passenger (Zimbabwe  National) at IGI Airport, New Delhi.

On April 20th, 2018, at about 23:47 hrs, on profiling basis, a women passenger (foreign national) later identified as Blessing Munetsi, PP No. CN-403048/Zimbabwean, (VISA type T-1), bound to Addis Ababa by flight No. ET-687/0230 hrs, and further to Victoria Falls, by flight No. ET-829/0835 hrs was intercepted by CISF Surveillance staff at the checking point of IGI Airport, New Delhi for random checking.

The two bags that the lady was carrying were screened by X-BIS machine, and the image of one of the bags was found to be doubtful, thereafter, the bag was physically checked. After checking that bag, it was found to be full of plastic rolls wrapped with decorative ribbons. On removing those ribbons, some doubtful substance was found pasted with tape on plastic rolls. While the CIW team was engaged in checking the stuff, the said lady tried to dodge leaving behind her bag. Further, she entered washroom & changed her clothes. However, she was searched physically & electronically and intercepted when she came out of the washroom. She was taken to random XBIS.

The personnel found it suspicious and therefore the doubtful substance was checked by Narcotic drug detection kit, and for no more surprise, it tested positive for Methaqualone/ Pseudoephedrine. The said bag was found to be containing 40 similar plastic rolls wrapped with the said substance approx 200 grams on each roll. The matter was immediately informed to the Narcotics Control Bureau (NCB). The NCB officials reached the airport at 04:20hrs, after the due formalities, the said lady along with the suspected drug was handed over to NCB officials for further legal action who left the location at about 0605 hrs. As confirmed by the NCB later, the narcotic drug Ephedrine weighing 05 Kgs was recovered from the said lady which is valued at around INR 07 lakhs/Kg.

This is not the first time that such incident has occurred, earlier on April 4th, 2018, a Zimbabwean woman was apprehended at Delhi airport for allegedly trying to smuggle out party drugs worth around Rs. 15 crores.

As per Section 23 of the Narcotic Drugs and Psychotropic Substances Act, 1985, Whoever, in contravention of any provision of this Act imports into India any narcotic drug or psychotropic substance shall be punishable, where the contravention involves commercial quantity, with rigorous imprisonment for a term which shall not be less than ten years but which may extend to twenty years and shall also be liable to fine which shall not be less than one lakh rupees but which may extend to two lakh rupees.

The commercial quantity of Methaqualone, as specified by the Government Notification dated October 19th, 2001 is 500 grams.