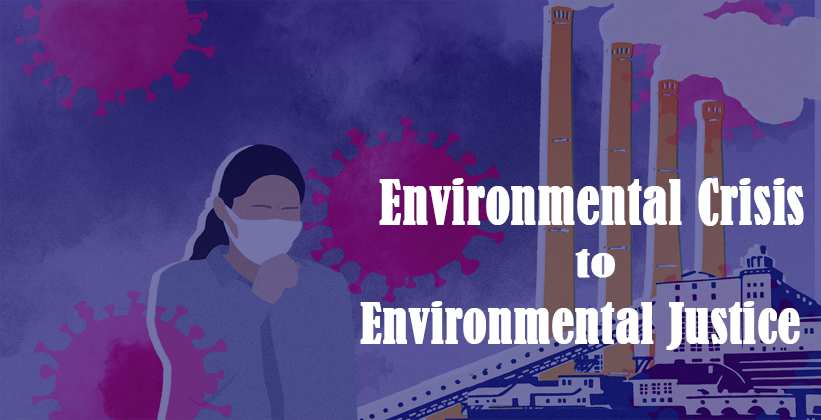 Improvising the natural guideline of environmental law, access to equity and justice, and ecological dispute goals are fundamental for accomplishing the UN's 2030 plan for Sustainable Development and the Sustainable Development Goals (SDGs), especially SDG Goal 16— to provide access to justice for all and build effective, accountable and inclusive institutions at all levels.' To achieve this objective, setting up specific courts, tribunals, and councils exclusively managing environmental issues is important. Everywhere throughout the world, in excess of 1200 courts and councils dealing with environmental law are working in different nations, and all the more such courts have been gotten ready for the future. [i]

The requirement for building up ecological courts in India emerged in various conditions and in various occasions. In the instances of M.C. Mehta Vs. Association of India [ii], A.P. Contamination Control Board Vs. Educator M.V. Nayudu [iii], and Indian Council for Enviro-Legal Action Vs. Association of India [iv], the Indian Supreme Court saw that as ecological cases every now and again include the appraisal of logical information, setting up ecological courts on a provincial premise with a lawfully qualified appointed authority and two specialists would help speed the legal procedure.

This led to the foundation of specialized environment courts, known as the National Green Tribunal, which was also recommended in the 186th Law Commission Report of India. It involved both scientific and technical problems that are dealt with by the courts due to the paucity of judicial knowledge in aspects of environmental issues.

The article is the case commentary on Abhisht Kusum Gupta v. State of Uttar Pradesh (2019). The case represents the bitter truth of urban failure in mitigating environmental problems. It shows the negligence of the authority in maintaining and controlling environmental pollution and the ignorance of the problem in traditional decision making and economic analysis to maximize the profit.

The case was brought before the NGT on 30.11.2018 against disposing of sewer waste in the irrigation canal. The activity mentioned in the application is prohibited under the provisions of The Water (Prevention and Control of Pollution) Act, 1974.The applicant mentioned in his prayer that the sewer waste from the villages situated near Sector 137, NOIDA is being pumped into the irrigation canal coming from the village Kondli, Sector 137, NOIDA.

A bench headed by NGT Chairperson Justice Adarsh Kumar Goel commanded the New Okhla Industrial Development Authority (NOIDA) and the Uttar Pradesh Pollution Control Board (UPPCB) to furnish a joint report about the factual aspects of the case. [v]

The report dated 14.02.2019 was presented in front of the bench on 19.02.2019. [vi] The report submitted shows that the Kondli drain carries polluted effluents from Delhi and dumps it in river Yamuna at NOIDA, Sector 168, and also in the drain located in Sector 137, NOIDA, which has resulted in the poor quality of water. Carefully examining the above report, the NGT ordered an action plan from a committee headed by CPCB and also commanded required authorities at Delhi which incorporates Delhi Pollution Control Committee (DPCC), Delhi Jal Board (DJB), and East Delhi Municipal Corporation (EDMC) to take necessary action to check the water pollution which may also include action to be taken for preventing the discharge of effluents, prosecuting the polluters and recovering the compensation for the destruction caused to the environment.

A report dated 18.04.2019 was furnished by CPCB and was presented in front of the NGT on its third hearing on 30.07.2019. According to the report, the sources of pollution of the drain was found to be located both in Delhi and Noida. The observation made was based on the inspection and analytical results of the sample that were collected from the drains. It was observed that the unauthorized colonies, which are, GD colony, Gharauli village, and Kondali village were discharging their untreated sewage into the drainage system of PWD, DDA, EDMC which resulted in polluting the NOIDA drain. The sewerage system was laid down by the DJB for such colonies, but their residents were reluctant in taking sewerage connection because of which untreated sewage was discharged into the stormwater drainage system. It was also found that the Khoda village, located in Ghaziabad, was discharging untreated wastewater to the drainage system of PWD Delhi which gets merge with Kondli drain and 30 drains are discharging untreated wastewater into Kondli/ Noida drain resulting in the increase of organic and hydraulic loading. [vii]

Further, the report submitted by CPCB incorporates certain recommendations which are as follows: [viii]

CPCB has formulated an action plan to abate the pollution caused due to the Kondli/ Noida drain. The table below represents the directions issued by CPCB to EDMC, DJB, Ghaziabad Nagar Nigam, and Noida authority to prevent the discharge of effluents, prosecuting the polluters and violators and recovering the compensation for the destruction caused to the environment.

On the next hearing which took place on 01.11.2019, the report was presented showing the analytical results of the drain which was made on 15.10.2019. It indicated that there has been a marginal improvement in water quality as drain travels through NOIDA but the BOL concentration level and Fecal Coliform at the confluence point of the drain with Yamuna was very high. Seeing the observation, it was recommended that in-situ treatment of Noida drain must be carried out to treat the wastewater present in the Noida drain, by UP Irrigation Flood Control Department and NOIDA authority.

The judgment is yet to come for the given case but observing the above orders it can be concluded that strict actions have been taken against DJB, EDMC, NOIDA Authority, and Ghaziabad Nagar Nigam for being negligent towards their duty which resulted in the damage of the environment. It can be observed that the varying degrees of progress have been made by the Indian Government to support the objectives and vision of sustainable development but somehow, the government has lacked in the implementation of those rules and regulations. National Green Tribunal can be observed to be playing a vital role in the functioning of Environmental Law but there are certain demerits to it as well. One can be the delay in pronouncement of judgments and implementation of such judgments which results in further deterioration of the environment. Undoubtedly, environmental law is one of the important pillars in protecting the environment, and all the three authority: legislative, executive, and judiciary; should give it equal importance like any other law.

[ix] Power to give directions. Notwithstanding anything contained in any other law but subject to the provisions of this Act, the Central Government may, in the exercise of its powers and performance of its functions under this Act, issue directions in writing to any person, officer or any authority and such person, officer or authority shall be bound to comply with such directions. Explanation. For the avoidance of doubts, it is hereby declared that the power to issue directions under this section includes the power to direct (a) the closure, prohibition or regulation of any industry, operation or process; or (b) stoppage or regulation of the supply of electricity or water or any other service.

PIL in Calcutta HC Against Reopening Of Religious Places