Home Environment Sadhguru to go on ‘Save Soil’ campaign
Environment

Sadhguru to go on ‘Save Soil’ campaign 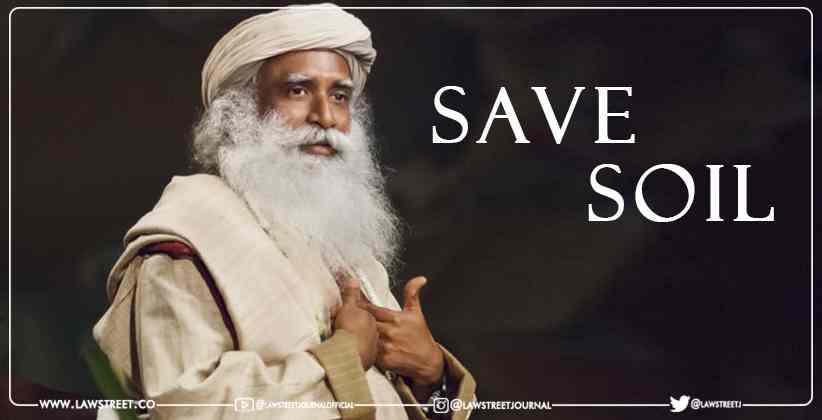 Sadhguru, the founder of the Isha Foundation, launched the Save Soil Movement on Tuesday, urging world leaders to take immediate policy-driven action in their nations to avert soil extinction. He told the audience at the Isha Yoga Center in an emotive appeal to celebrate Mahashivratri: "We have come from this dirt, we feed from this soil, and when we die, we return to the earth," he said, adding, "soil is the only miracle where burying dead grows life."

"From the 21st of March, I'm travelling from London - a lone motorbike – 30,000 miles, 27 nations, 100 days," Sadhguru said, urging the audience to join the campaign and raise their voices to Save Soil. Every day over the next 100 days, discuss something about soil for at least 5-10 minutes. This is critical. For 100 days, the entire globe should talk about soil." Governments cannot act until people voice their worry about the status of the land, he added. "This isn't a protest, and it's not a kind of blackmail." "This is a manifestation of the people's will," he remarked.

On March 1, the Isha Yoga Center was a hive of activity as it celebrated Mahashivaratri, a 12-hour cultural extravaganza. As the event developed in the presence of Sadhguru, the explosive atmosphere at Adiyogi was enhanced by high-voltage music and dance performances, tremendous meditation sessions, Linga Bhairavi and Adiyogi Maha Arti, and the lighting of the Mahayoga Yagna.

Sadhguru conducted the Pancha Bhuta Aradhana, or elemental cleaning, at the Dhyanalinga Yogic Temple before the Adiyogi festivities, as is traditional. Before inviting the crowd to Adiyogi, Sadhguru ignited the Mahayoga Yagna to signify the spread of Yoga throughout the world.

The lively crowd was kept on their feet all night by a galaxy of vocalists collaborating with Isha's home-grown music ensemble, Sounds of Isha. Sean Roland, Karthik, Sandeep Narayanan, Papon, Mangali, Machel Montano, and Hansraj Raghuvanshi were among the celebrities that attended.

The audience was enthralled by a Kalari (martial arts) performance by Isha Samskriti students and dancers from Kerala. Every year, the drum jam is one of the most popular parts of the Mahashivaratri celebrations. The Jamaab Drummers' foot-tapping melody thrilled the audience this year.

The performances were alternated with Sadhguru's guided meditation sessions and his lecture, which included a Q&A session. Thousands of devotees took part in Sadhguru's much-anticipated intense midnight meditation, either in person or by live relay.

All visitors were served the Maha Annadanam, which is a food offering to everyone who attends the Center on Mahashivaratri. Over 150 television and web networks broadcast the event live, allowing those who couldn't attend to participate electronically, bringing the event to a few million people across the world.

Delhi Riots: Speaking Up For Oppressed Minorities Does Not Make Someone Communal, Says Umar Khalid’s Lawyer In Court In Delhi