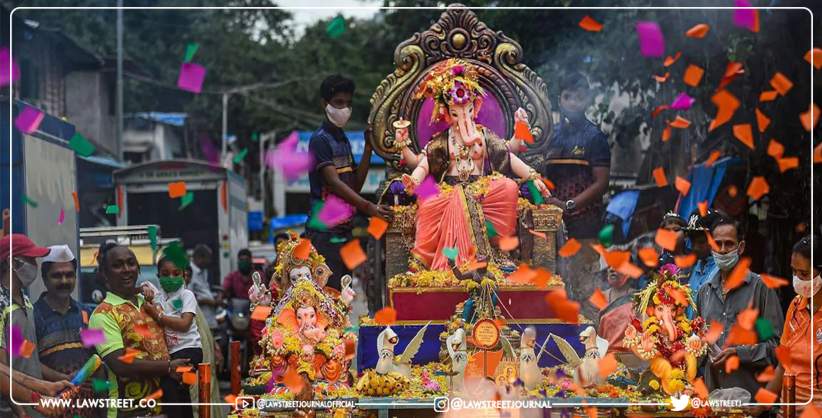 In a new round of litigation, petitioner Ajay Vaishampayan challenged the guidelines and ban on PoP On Monday, the Bombay High Court dismissed a plea challenging the validity of the revised guidelines which banned the use of Plaster of Paris (PoP) for making idols, which are used during Hindu festivals like Ganesh Chaturthi and Navratri. A social worker filed the petition.

Ajay Sadashiv Vaishampayan contended in his appeal that the Central Pollution Control Board (CPCB) should have barred the immersion of PoP idols in natural water bodies as well as their manufacture. He proceeded by stating that a ban on PoP idols was unnecessary and that the CPCB's 2010 immersion standards were adequate.

The CPCB announced the criteria for idol immersion in 2010 and amended them in 2020. The petitioner stated that no water-related scientific tests were conducted before PoP was banned. Based on laboratory testing, he said that the PH level of PoP is comparable to that of drinking water.

The argument also asserted that the alternative Shadu clay idols were worse for the environment. It was also stated that mass production of Shadu clay idols for a festival like Ganesh Chathurthi is not possible due to the scarcity of clay. According to the petition, mining clay causes soil degradation and results in the presence of several pollutants.

In contrast to PoP, clay idols need highly specialised labour, and forbidding PoP would prevent the less fortunate from enjoying these events due to the idols' excessive cost.

In support of his claim, the petitioner cited the 2013 ruling by the National Green Tribunal to overturn the Gujarat government's prohibition on PoP Ganesh idols.

The division bench of Chief Justice Dipankar Datta and Justice MS Karnik, however, dismissed the PIL after observing that the NGT had already ruled on the issue and that the Supreme Court had affirmed that judgement.

In January 2021, the petitioner and a sculptor's organisation filed a suit with the High Court to reject the Central Pollution Control Board's amended guidelines for idol immersion in 2020, which included the ban on PoP.

However, the High Court advised them to seek remedy from the NGT after determining that the case was not maintainable and dismissing it. The NGT stated that the extent of the damage caused by PoP was unknown, but that it was undoubtedly a pollutant.

The Supreme Court refused to hear an appeal against the NGT judgement in November 2021. once more.