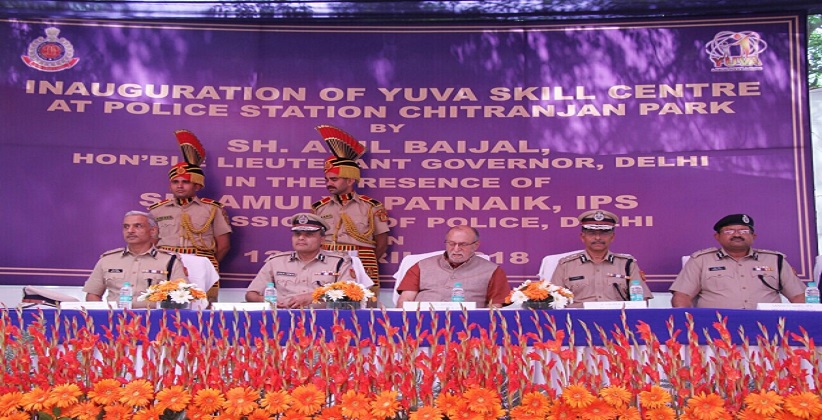 Lieutenant Governor of Delhi, Mr. Anil Baijal inaugurated 'Yuva Skill Centre' at Police Station, Chitranjan Park, New Delhi, on April 12, 2018, in the presence of Mr. Amulya Patnaik, Commissioner of Police, Delhi. The great initiative has been taken by LG himself after finding the increasing graph of youngsters being involved in illegal and criminal activities.

While addressing about this noble cause, the Commissioner of Police informed that it was first inaugurated last year in August by the Union Home Minister, after which such skill centres were opened in eight different stations.

He also said that they are trying to increase such centres in Delhi from eight to 20.

In his speech, Mr. Patnaik further said, "Reaching to the youth of India is a concern; however, we took it as a challenge, and we did it eventually. So far we have 300 youth, and it will increase as we are reaching from eight to 20 such centres in Delhi. When we analysed the street crimes, it was found that over 90% crime committers and snatchers are first time criminals. Further, we found that either most of them are not working or their bread winners are in jail. So if we take potential youth from them and take them into this Yuva centres, it may enable them to earn their livelihood instead of choosing law breaking activities.

Today, I am so proud that other states' police are coming to us to know more about this scheme so that they may implement the idea in their States too."

While addressing the people, Lieutenant Governor Mr. Anil Baijal said, "This is a unique step taken by Delhi Police in reaching out to those children who are in need of such support. I think nobody else stays with the society as Delhi Police is with us in all spheres of life, either its happy or bad times. An idea came to my mind to prevent crime before it happens. I thought that let's guide those children who are unable to study and work due to certain reasons, be it economic instability or something else. Consequently, it may bring to stop the street crimes too."

He further said, "With the help of CII (Confederation of Indian Industry) and NSDC (National Skill Development Council), more than 1200 children have been skilled in certain training. CII is committed to getting them jobs after they complete their skilled courses. Another plus point of such skill development is that if one is unable to get a job in future, at least they can start their own work as per their skills."