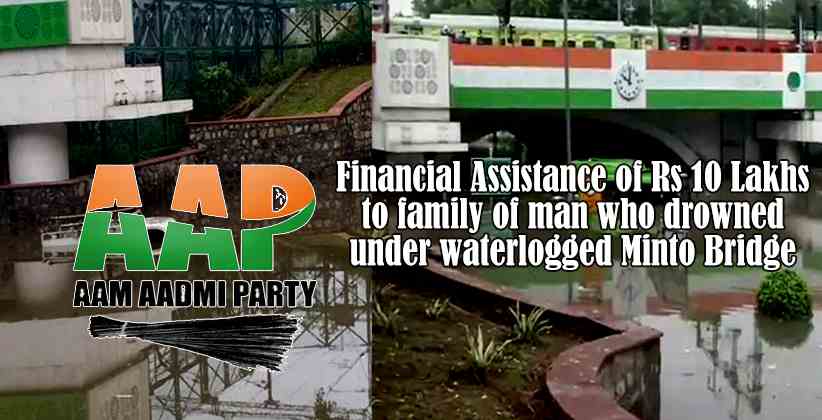 Executive Jul 23, 2020 Prachi Misra ( Editor: Ekta Joshi ) 6 Shares
6 Shares
The Aam Aadmi Party on Monday, 20th July 2020 said that The Delhi Government will be giving financial help of Rs 10Lakhs to the family of a 56-year-old man who drowned while trying to maneuver his mini truck through a waterlogged in the heavy rains.

On Sunday, 19th July 2020 Kundan Singh, survived with his wife and two daughters, was driving a Tata Ace from New Delhi Railway Station to Connaught Place when his truck got stuck under the waterlogged Minto Bridge. The Official account of Aam Aadmi Party tweeted in Hindi “The Delhi Government is providing financial assistance of Rs 10Lakh to the family of deceased Kundan Singh, who lost his life in the unfortunate incident near Minto Bridge.”

Pritam Singh, his cousin stated on Sunday (19th July, 2020) that Singh was the only earner in the family including his elderly parents, wife, and two daughters, aged 22 years and 11 years, who live in Pithoragarh in Uttarakhand.