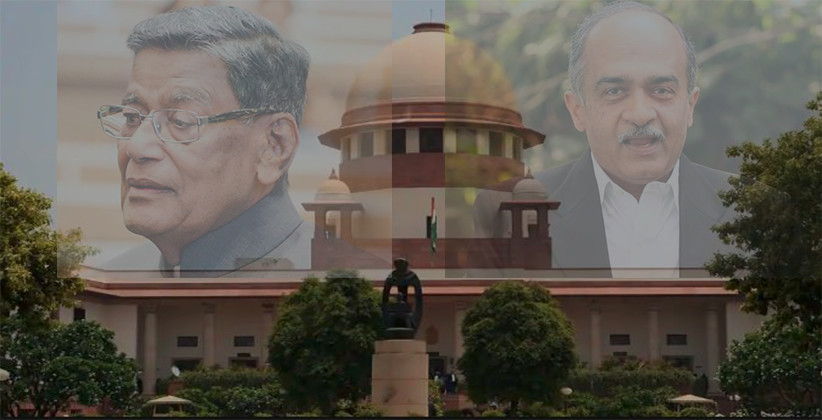 The Central Government on February 5, 2019, has filed a contempt petition against advocate Prashant Bhushan for his tweets that the government, through Attorney General, had misled the court by submitting that the appointment of M. Nageshwar Rao as interim CBI Director had the approval of High Powered Selection Committee comprising Prime Minister, Chief Justice of India and Leader of Opposition.

On February 1, 2019, Mr. Venugopal had submitted before a Bench led by Justice Arun Mishra that the government’s appointment of Mr. Rao was on the basis of approval given by the High Powered Selection Committee on January 9-10 for the posting of a “suitable officer” as interim CBI Director till a new Director was appointed. Attorney General had also submitted minutes of the HPC meeting to the court for perusal.

However, Mr. Bhushan, who represents the petitioner NGO Common Cause, took to Twitter later in the day alleging that the government had “misled” the court and “submitted fabricated minutes of the HPC meeting.” Mr. Bhushan tweeted that he had spoken to HPC member and Opposition Leader Mallikarjun Kharge, who allegedly said that no discussion or decision was taken in the HPC meeting regarding the appointment of Rao.

In its contempt plea, the Centre said that "such an act by a counsel of making false and irresponsible allegations on a public platform, rather than raising his grievances, if any, before this Hon'ble Court, is grossly contumacious and warrants punishment by this Court".

The contempt petitions are likely to come up today (February 6, 2019) for consideration before a Bench of Justices Arun Mishra and Navin Sinha.