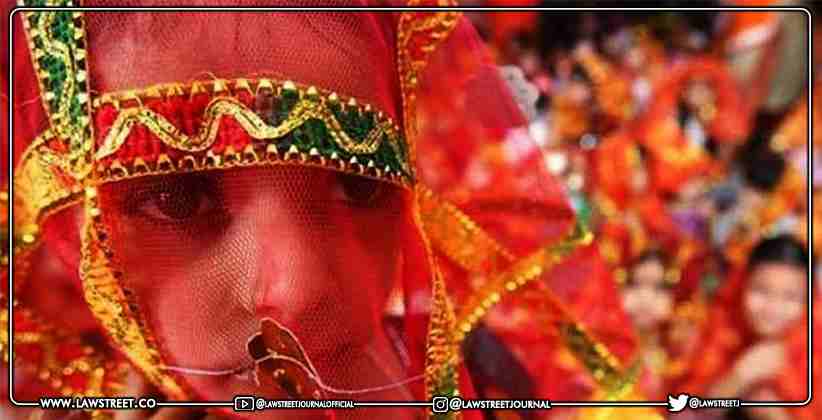 On 17th September 2021, the Rajasthan State Assembly passed a bill to bring changes to the Rajasthan Compulsory Registration of Marriages Act, 2009. As per this act, it is mandatory for everyone to register their marriages, including child marriages.

The bill amends Section 8 of the Rajasthan Compulsory Registration of Marriages Act, 2009, which states that the parties are responsible for submitting a Memorandum for registration of marriage to the Registrar under whose jurisdiction the marriage was performed and solemnized.

The amended bill makes the following parties responsible for submitting the memorandum for the marriage to the registrar: the parties who have decided to marry each other, in the scenario that the bridegroom is 21 years old and the bride is 18 years old.

However, in the case that the groom is not 21 years old and the bride is not 18 years old which are the legally acceptable ages of marriage then the parents or the guardians of the parties, I.e., the bridegroom and the bride are supposed to submit the memorandum of marriage to the Registrar.

The bill elaborates on the duty of the parties to submit the memorandum and also talks about whose duty it would be to submit it in the case that the parties have not reached the legal age of marriage.

ESSENCE OF THE AMENDMENT

The amendment reiterates the same point as mentioned in the act of 2009 about section 8, the only difference which is visible is that the ages of the bride and bridegroom make it their responsibility to submit the memorandum.

The bill also adds sub-section (1-A) before sub-section 2 under section 8 of the act which states that:

This means that through this provision anybody related to the parties, the widow, widower, or their children or any of their kin are given the permission to register the marriage within thirty days of death.

Presently, child marriage is prohibited under the Prohibition of Child Marriage Act,2006.

AMENDMENT IN THE REGISTRATION OFFICES

ESSENCE OF THE AMENDMENT

'Permission Of The Appropriate Consumer Forum Is Required For Filing A Complaint On Behalf Of Numerous Consumers': Supreme Court