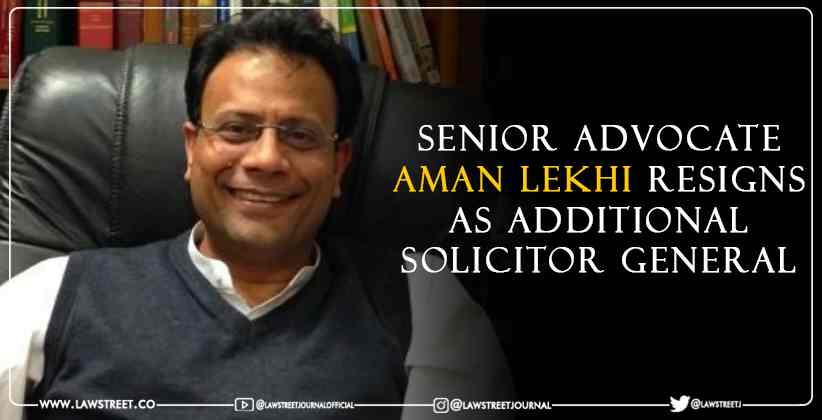 The news came both as a disappointment and shock to the law fraternity, as Senior Advocate Aman Lekhi resigns from the post of Additional Solicitor General. Lekhi addressed his letter of resignation to Union Law Minister Kiren Rijiju.

Aman Lekhi’s appointment as Additional Solicitor General was done in March 2018. Lekhi persued that the resignation be effected with immediate effect and has not cited any reasons for the same.

Lekhi, as a Senior Advocate, was involved in several big cases including the ‘Coal Allocation Scam Case’, ‘2G Spectrum Scan Case’, and the ‘Common Wealth Scam Game’. He had represented Ashis Nandy in a case where Ashis was involved in a controversy regarding an alleged anti-Dalit remarks at the Jaipur Literature Festival, 2013.

He has also appeared in a matter involving Naveen Jindal with  Zee Network. Aman Lekhi has closely been involved in recommendations by Justice Majithia on ‘working journalists and non-journalists’ and ‘challenge to Working Journalists Act of 1955’.