Home Executive Any outfit for Islamic rule in India cannot be permitted to exist, MHA to SC, while defending ban on SIMI [Read Affidavit]
Executive

Any outfit for Islamic rule in India cannot be permitted to exist, MHA to SC, while defending ban on SIMI [Read Affidavit] 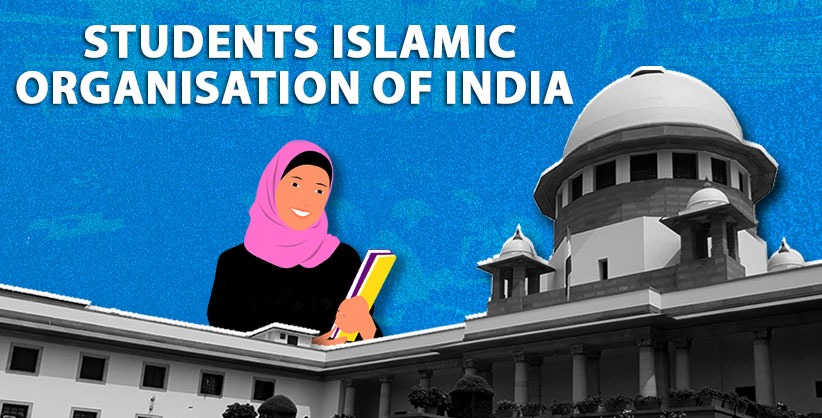 NEW DELHI: The Union government has defended before the Supreme Court ban imposed on Students’ Islamic Movement of India (SIMI), saying any organisation that has the objective of establishing Islamic rule in India cannot be permitted to exist.

"SIMI is against Indian nationalism, and works to replace it with an international Islamic order...Their stated objectives are contrary to the laws of our country. Especially, their object of establishing Islamic rule in India can, under no circumstances, be permitted to subsist,” a written reply filed by the Ministry of Home Affairs said.

The central government also claimed some of the members/activists of SIMI are working under the umbrella of frontal organisation or having links with number of other terrorist organizations e g Al-Qaeda, LET, JEM, ISIS, IM etc.

The government pointed out that the latest order of five-year ban in 2019 was necessitated in view of the group carrying on its unlawful activities through more than three dozen front organisations, which had regrouped across several states under different names.

It said the SIMI continued to exist despite the continuous proscription since 2001.

The affidavit further said, “There are over three dozen other front organizations through which SIMI is being continued. These front organizations help SIMI in various activities including collection of funds, circulation of literature, regrouping of cadres, etc. SIMI continues to indulge in unlawful activities causing a serious threat to the internal security of the country."

The MHA's response was filed in a petition by former SIMI member challenging the 2019 ban order of a tribunal constituted under the Unlawful Activities (Prevention) Act (UAPA).

The MHA also sought to reject the suggestion that SIMI should be presumed to have ceased to exist because of continuous ban orders since 2001.

“Despite the ban on SIMI, its sympathisers have continued to carry on their unlawful activities under the garb of various cover organizations. They have indulged in radicalizing and brain washing the minds of Muslim youth by Jehadi propaganda and through provocative Taqreers (speeches),” the affidavit said.

The government said SIMI had been banned not only because its members were carrying out unlawful activities, but because the objects of SIMI itself were illegal and challenged the sovereignty and integrity of India.

The MHA also maintained that it had power under the UAPA to pass repeated orders for ban on the organisation if the grounds continue to exist.

In support of its notification in January 2019 banning the organisation, the Centre said that the existence of SIMI is proved on account of the current and unlawful activities undertaken by its members in furtherance of the unlawful objectives of SIMI.

“Despite being banned since September 27, 2001, except for a brief period in between, the SIMI activists are associating, meeting, conspiring, acquiring arms and ammunitions, and indulging in activities which are disruptive in character and capable of threatening the sovereignty and territorial integrity of India. They are in regular touch with their associates and masters based in other countries. Their actions are capable of disrupting peace and communal harmony in the country,” it claimed.

“It is also evident that they are continuing to receive funds within India and also through foreign funding despite SIMI having been declared a banned organisation in the year 2001 which ban is still continuing till date, except for a very brief period," it added.

Don't want to be remembered for handing over the national capital to complete anarchy, Centre tells SC