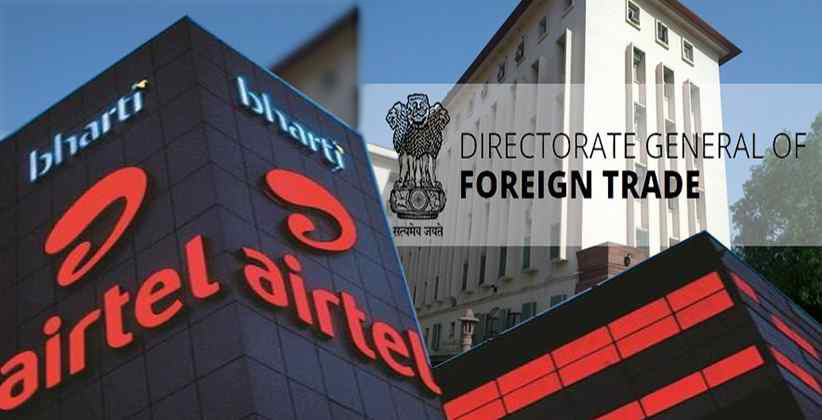 Bharti Airtel on Friday (January 31, 2020) said that its name has been removed from the Directorate General of Foreign Trade’s ‘Denied Entry List’ and the work to complete pending formalities with the authorities was being carried out.

“We wish to clarify that the company has highlighted the relevant details and documents submitted to DGFT and accordingly the name of the company has now been removed from the Denied Entry List.” said the company in a statement.

“We are actively engaged with the authorities to complete the formalities and provide additional documents for closure of the remaining cases," Bharti airtel said.

The company’s name was entered into the Denied Entry List for non-fulfilment of export obligation under an export promotion scheme. This comes as a major relief to the company.

The company had, earlier in the week said that it was working to get its name removed from the list and had said that the action by DGFT does not limit its ability to undertake future exports or imports.

The Directorate General of Foreign Trade, which is under the Ministry of Commerce had put the company under a list, which is more commonly known as the blacklist, for non-fulfillment of export obligation in respect of certain Export- Promotion Capital Goods (EPCG) authorization issued to it.

EPCG is an export promotion scheme under which import of capital goods is allowed at zero customs duty. As per the scheme, Capital goods imported at zero duty must fulfil EPCG export obligation equivalent to six times of duty saved.

The telecom industry is facing a major crisis as over 15 entities owe the Government around Rs. 90,000 crores in unpaid license fee. The liabilities arose after the Supreme Court in Union of India v. Association of Unified Telecom Service providers of India, commonly known as the AGR judgement (adjusted gross revenue) held that non-core revenues have to be considered for calculating statutory dues from AGR.