Bizarre News: Farmer Gets Electricity Bill of Over ₹3 Crore for 2 Months 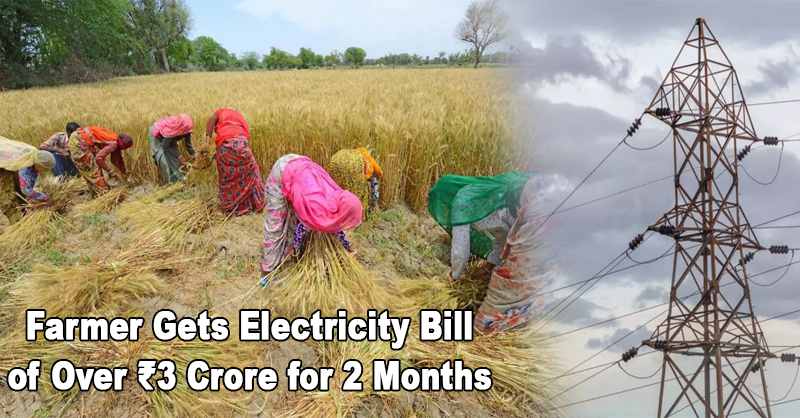 On August 22, 2020, an electricity bill was issued to a farmer in Rajasthan of ₹3.71 Crores for consuming 38,514,098 units of electricity in two months. The last due date mentioned in the bill was September 3. The farmer who was in terrible shock and nervous quickly ran towards the nearest e-Mitra center with the bill. Later, it was found that his original bill and the reading bill got swapped in the form.

The farmer, named Pemaram Patel of Gingla Village in Udaipur, owns a shop which he has rented out that to someone who runs an auto service center in it. According to the farmer,

“When I went to the e-Mitra, I found out that the bill was exorbitantly high because of a printing mistake. The actual bill was for Rs. 6,414, which I paid from e-mitra itself.”

Girish Joshi, who is a superintending engineer said that the operator mistakenly keyed in the meter number in the column for reading. He further added that correction was done, and the new bill was generated with the correct amount and the same was given to the consumer. This kind of blunder with the bill has been circulated throughout social media and became the talk of the town.