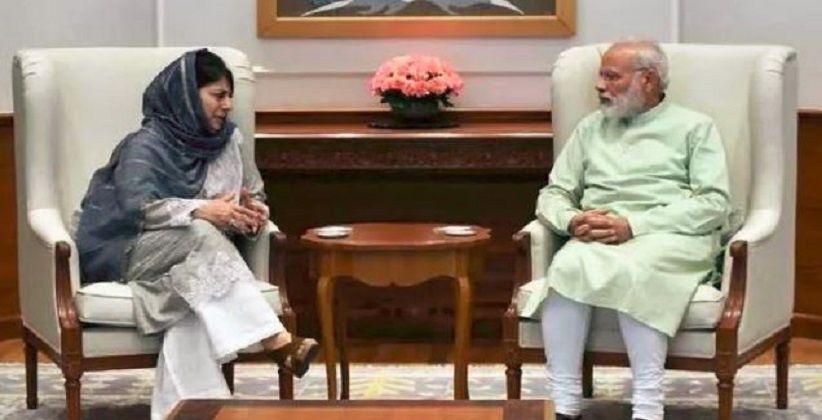 On Tuesday (June 19th, 2018) the BJP government has announced that they are withdrawing their support to the People’s Democratic Party (PDP) in Jammu and Kashmir.

The decision has been announced in a press conference in New Delhi, where BJP vice president and general secretary Ram Madhav said that “It has become untenable for the BJP to continue with the alliance government in Jammu and Kashmir.”

Reportedly, the decision has been taken after holding discussions with the State unit and the Ministers. Mr. Madhav said that “everyone is on board on this decision.”

Further, Mr. Madhav said that “the mandate that we had got was a fractured one and, therefore, this alliance came about. Restoring peace in Kashmir and encouraging economic development in the three areas of the state was the object of this alliance.”

“We now see terrorism, violence, radicalism is on the rise in the Valley. Basic freedoms of people are in peril, you saw how journalist Shujaat Bukhari was killed.”

Conveying that the BJP favors the Governor’s rule in the State, Mr. Madhav said that “Keeping in mind that Jammu and Kashmir is an integral part of India and in order to control the prevailing situation in the State, we have decided that the reins of power in the state be handed over to the Governor.”

As per the reports Chief Minister Mehbooba Mufti has sent her resignation to the Governor N.N. Vohra, saying that “I have told Governor we will not go into any other alliance.”

Further, she said that “PDP did not ally with the BJP for power. We defended Article 370 and 35A” and that “we can’t treat Jammu and Kashmir as enemy territory.”

Now with the Governor’s rule in the State, J&K will come under the direct governance of the Centre till a new government is formed in the State.