Home Executive Gujarat Education Minister: Cartoons and games should be made more “meaningful” for Kids
Executive 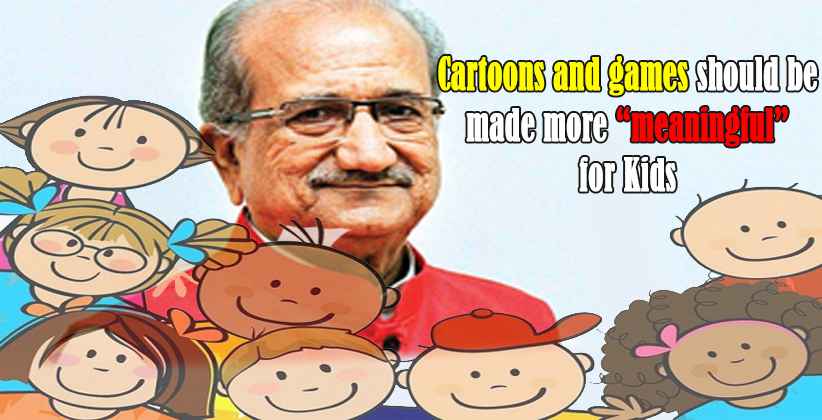 On Sunday, 5th July 2020 Gujarat Education Minister Bhupendrasinh Chudasama said “Cartoons and games children watch and play for hours on mobile phones, laptops, and other gadgets must be made “meaningful” so that they could impart lessons in “culture, discipline, and religion.”

He was responding to a query on the online teaching of children for primary schools due to this pandemic. Chudasama along with Vibhavari Dave (Minister of State for Primary and Higher Education) along with the Education Department held a “Digital Conversation” with Pediatricians, psychologists, and educators to get a view on online teaching of primary school children.

Participating in the discussion he said, it is a matter of concern at home that a child watches cartoons and plays games for hours on the phone, tablet or laptop from morning till evening, which does not impart lessons in culture, discipline, or religion. As an alternative, he suggested let us make cartoons that are more meaningful than the existing one.

Chudasama posted on Facebook “Games should also be meaningful, and they should be made in such a way that children like them more than what they see now.”

He added that Gujarat Government has blended physical and digital education for the last three months and achieved “unexpected success” in a very short time.

He further added, “It seems this method will be set early in older children, but the issue of whether to do it online for the students of class 1 to 5 and when to do it, is under discussion.”

The Gujarat High Court has recently asked the State Government to work out modalities with schools regarding online teaching and whether it is feasible to teach very small children.

The High Court said, “We are saying so because a child studying in the nursery or the first or second standard may remain exposed for a long time to the screen of the television or laptop or computer. This may affect not only the eyes of the small child but also his overall health. Experts are also of the view that children below five years of age should not be imparted online education.”

The HC also suggested that the Government regulate the timing of such education as a middle-class family with three children cannot afford more than one laptop, computer, or television, which may deprive other children of the befit of online education.