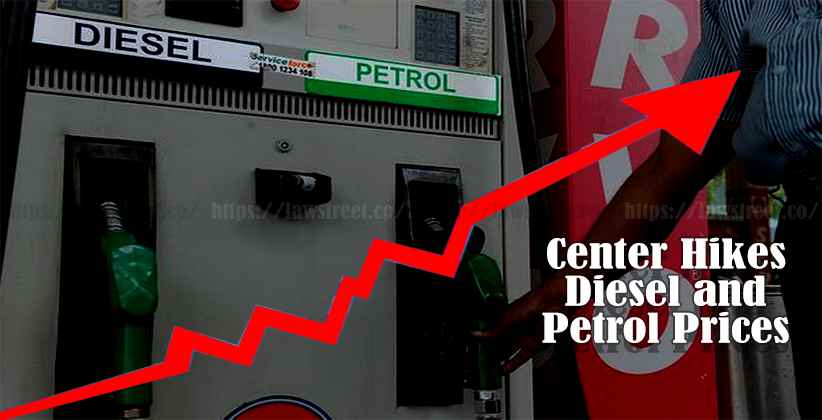 The government on Tuesday, May 5th, 2020, hiked excise duties on Petrol and Diesel. The excise duty on petrol was increased by Ten rupees a liter, whereas Diesel saw an increase in duties nearing thirteen rupees of the same quantity. The increase in taxes is said to take effect by Wednesday, May 6th, 2020.

The increase comes at a time when the international prices for crude oils are at a relatively lower level. The current price totaling at twenty-four dollars a barrel is much lower than peak rates. Government Officials, however, repeatedly maintained that the increase in taxes is to have no impact on retail consumers and the prices charged will not see a change. The retail consumers will continue to pay the same amount for their vehicles, and merely the intermediaries will have to transfer a larger cut to the government.

The government further clarified distribution for the additional amount which will be collected on the lubricants. As per the notification, out of the ten rupees charged on petrol, eight would form a part of the road and infrastructure cess, while two will account for special additional tax duty. Diesel shall see a division of eight rupees for the road cess and five for the special additional excise.

A representative of the government maintained that the revenue generated from the extra duties shall be utilized for infrastructure and other developmental initiatives. The road and infrastructure cess shall see an additional boost from the increased taxes; vitiating easier development.

The objective of the government is to garner close to a hundred and six lakh crore rupees via the hikes for the state’s objectives. This increase totals the incidence of taxes on petrol to a record high of 32.98 rupees per liter and that on diesel to 31.93 per liter. The excise duty on petrol in 2014, when the current government first took over, was 9.48 per liter and the same for diesel was at 3.56 a liter.

While the officials have repeatedly maintained that the hike in excise will not affect the daily consumer in any way, the increase, nevertheless has negatively impacted the stock value of multiple Oil Marketing Companies (OMCs). Hindustan Petroleum Corporation and Bharat Petroleum, to name a few were impacted by the tax increase and witnessed a steep decline in the market value of their shares.