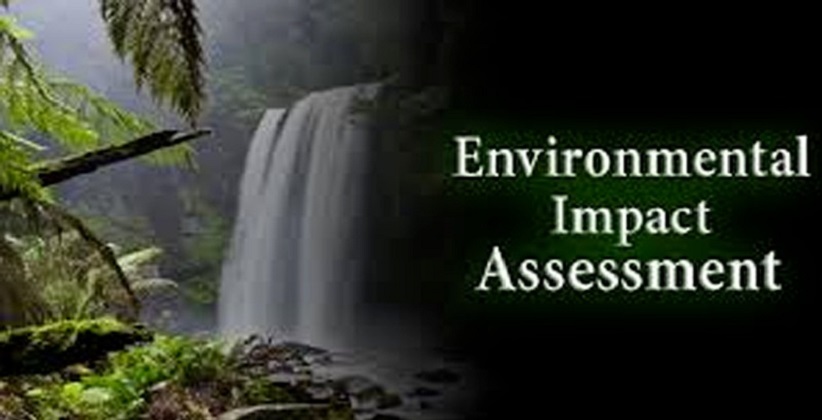 The Environmental Impact Assessment (EIA) draft was published in March this year and was under question since then. The Publication of Final Notification was stayed by the Karnataka High Court until further direction as the court felt that due to coronavirus the Right to File Objection was taken away and people were deprived of opportunities to submit their responses.

There were separate queries expressing concern on the draft EIA. Activists, environmental groups, and students have claimed that notification is “anti-people”, “anti-environment” and “pro-industries”.

Objections raised by United Nations' Special Rapporteur, was answered by Supriyo where he said “the draft EIA Notification, 2020, inter alia, does not give any exemptions from public consultation for large industries and projects, no change in the provisions with respect of public consultation in respect of projects or activities involving other strategic considerations and there is no provision for ex-post-facto clearance of violation cases.”

Another question was asked that whether the draft notification is in contravention with India's “obligations under international law”, on which the MoS said that “As envisaged in these conventions, the draft EIA Notification 2020, inter alia, promotes the environmental cause and sustainable development; removes redundancies; encourages modernization and less polluting options; brings defaulters into an environmental regime with requisite action, penalty, and remediation; and introduces standardization and a technology-driven process.”

Upon asking another question whether the Government proposes to exempt the general public from reporting environmental violations to the concerned authorities, as per the new EIA draft Notification; and whether the Government is aware that such blanket provision is against the citizen’s right to a healthy environment which is an integral part of Right to Life provided under Article 21of the Indian Constitution the MoS stated that “the draft EIA Notification 2020 does not curb the right of any concern or affected person to report cases of violation. The public, NGOs, and other affected persons can approach any of the government authorities, who after preliminary verifications, can refer the matter to the Ministry or respective States for taking further action in the matter. The draft EIA Notification 2020 is not against the citizen’s right to a healthy environment. Rather, the draft, inter alia, promotes the environmental cause; removes redundancies; encourages modernization and Ease of Doing Business; brings defaulters into the environmental regime with requisite action, penalty, and remediation; and introduces standardization and a technology-driven process.”

It further stated that to ensure public well-being and environmental sustainability the draft follows:

A separate committee was formed by the Ministry under the chairmanship of Dr. SR Wate former director of NEERI, to review upon the comments and suggestions received on the draft.